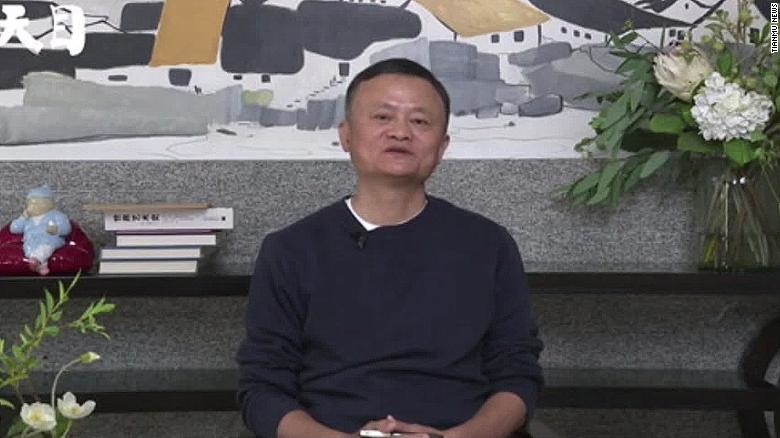 The billionaire co-founder of Alibaba (BABA) resurfaced Wednesday, in a video published by Chinese state media. He was shown speaking to teachers in rural China as part of a philanthropic event.

The video was published online by Tianmu News, a subsidiary of the Zhejiang government's official newspaper. Zhejiang province is home to Hangzhou, the city where Alibaba is based.

Ma had not made a public appearance or social media post since late October, just over a week before Alibaba's financial affiliate Ant Group was scheduled to list on the Shanghai and Hong Kong stock exchanges. The IPO was blocked at the last minute by Chinese regulators, and his companies have since been targeted as part of an escalating crackdown on tech by Beijing.

Alibaba's Hong Kong-listed shares surged more than 9% on Wednesday after the video was published. The gains put the stock on pace for its best day since last July, helping to erase some of the losses that have piled up since Ant Group's IPO was pulled. The stock also powered a broader rally in Chinese tech stocks that trade in Hong Kong.