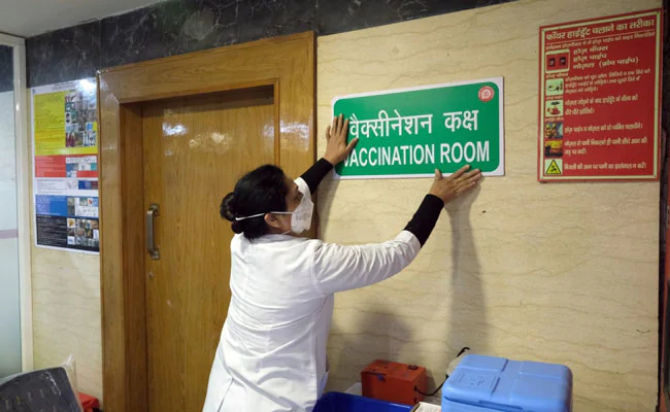 AKIPRESS.COM - India launched one of the world's largest coronavirus vaccination drives on January 16, setting in motion a complex deployment plan aimed at stemming the wide spread of infections across a nation of more than 1.3 billion people, NDTV reported.

India has given the first dose of Covid antidote to almost 800,000 beneficiaries five days into the nation-wide vaccination drive.

Prime Minister Narendra Modi kicked off the program with a speech addressing more than 3,000 centers across the country where the first shots were to be given.

"These vaccines will help India win the battle against the virus," PM Modi said, adding that people should get the shots and not pay heed to any anti-vaccine propaganda.

The inoculation campaign across the world's second-most populous country will showcase whether Covid-19 can be swiftly tamed in nations with disjointed health and transportation networks.

Officially, more than 10.5 million people in the country have been infected with the disease that has also killed at least 150,000.

Maldives proposes to purchase another 300,000 doses of vaccines from India at commercial rates.

Earlier, Bangladesh's health minister Zahid Maleque told media that the country will receive 2 million doses of COVID-19 vaccine 'Covishield' as a gift from India on January 20.

India’s vaccine diplomacy is yet another testament to its Neighborhood First policy.

India's rollout is one of the earliest and most ambitious in Asia, where many nations are taking a slower approach in vaccinating their populations. That's partly because those countries are facing less severe virus outbreaks than India, which has the second-highest number of infections in the world.

For now, health experts and industry specialists are confident the initial phase in urban centers will be relatively well managed. The real test will come as the country widens its vaccination net.