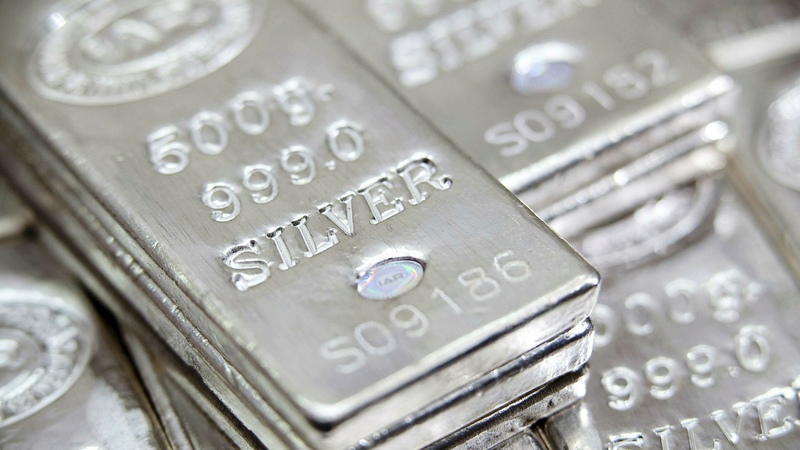 AKIPRESS.COM - Silver prices surged to a five-month high on Monday, silver-mining stocks leapt and coin-selling websites were swamped as small-time investors piled in to the metal, the latest focus of a retail-trading frenzy that has set financial markets on edge, The Guardian reports.

Silver has become the latest asset to surge after the GameStop frenzy, when Redditors drove up the share price that big fund managers had bet against.

Since mid last week, thousands of Reddit posts and hundreds of YouTube videos have encouraged small investors to buy silver, partly in the belief that lifting its physical price could hurt large investors who had made paper bets that it would fall.

“The Reddit crowd has turned its sights on a bigger whale in terms of trying to catalyse something of a short squeeze in the silver market,” said Kyle Rodda, an analyst at brokerage IG Markets in Melbourne. “This is their big, bold Moby Dick moment,” he said.

Spot silver has since hit its highest price since 11 August, at $28.98 an ounce, while silver-mining stocks leapt more than 15% and the demand for physical silver more than doubled since Thursday.

In a spillover from US markets, silver exchange traded funds listed on the Tokyo stock exchange jumped more than 10%, while shares of Australian silver explorers jumped between 20% and 40% on Monday.

Data from iShares Silver Trust ETF on Friday showed more than 37m shares were created in one day, each one representing an ounce of silver.

Aaron Cope in Florida was one of the investors buying in with an order of 500 silver coins. Cope has been trading in silver for eight years but said he has more than 10 friends who have just started trading in silver because of the recent news.

“The big problem is that we’re living in period where large banks are essentially shorting silver. Central banks and hedge funds are controlling the price of major assets and it allows them to control everything else, which undermines everybody’s ability to live freely and have a future,” Cope said. “Nobody cares about the common person, they’re just a pawn and everybody feels like pawns. That’s why this is starting, so we don’t feel like pawns.”

Craig Hemke, precious metals analyst and editor/founder of the TF Metals Report, said “after Gamestop there began to be discussions – what are other stocks with a massive short position that they could move to next?”

Hemke said the silver mining sector in US and Canada had been a victim of predatory short selling but that “for this silver squeeze to be effective it’s going to take a lot of patience as the pricing system is entrenched and has been entrenched for 40 years.”

“What they were able to do with GameStop is only one individual stock and on the other side are the hedge funds which can get squeezed with margin calls. That’s going to be challenging to do with silver because it’s a big market and the entities holding the short positions are held by the banks and they have deep pockets.”

Dr Elvis Jarnecic, senior lecturer at the University of Sydney Business School, said silver was a “much much more liquid market with a lot more buyers and sellers” so that the newly empowered investors will represent much less significant percentage of traders.

Jarnecic was critical of what he described as market manipulation.

“If institutions did this to inflate prices in this way away from fundamental values they’d receive enormous fines in regards to manipulating the market,” he said.