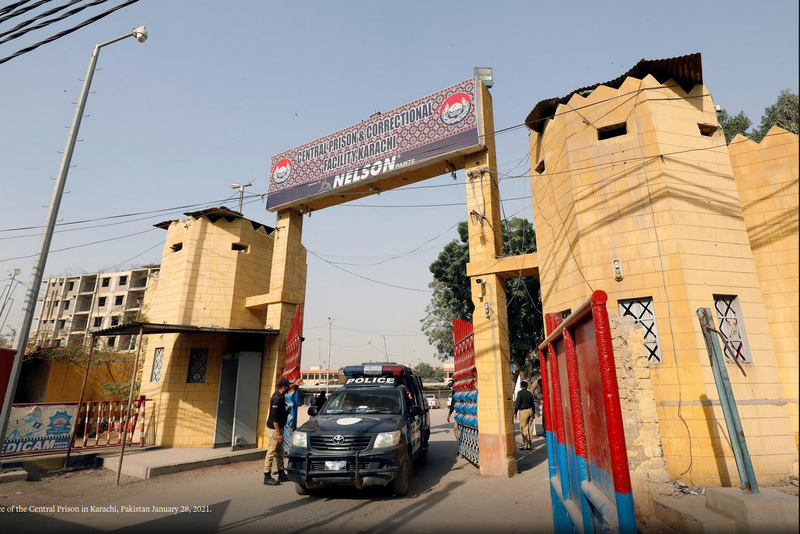 AKIPRESS.COM - Pakistan’s Supreme Court on January 28 ordered the release of a militant convicted of beheading American journalist Daniel Pearl, a decision that shocked his family and drew condemnation from Washington, Reuters reported.

Ahmed Omar Saeed Sheikh, who was the main suspect in the 2002 kidnapping and murder of the Wall Street Journal reporter, was acquitted by a panel of three judges.

“By a majority of two to one, they have acquitted all the accused persons and ordered their release,” a provincial advocate general, Salman Talibuddin, told Reuters.

Pakistan’s attorney general said they would file a petition “at the earliest” asking the Supreme Court to review its decision.

U.S. Secretary of State Antony Blinken called the decision “an affront to terrorism victims everywhere, including in Pakistan”.

He noted Pakistan’s plans to launch a review and said Washington was also prepared to prosecute Sheikh in the United States.

Pearl, 38, was investigating Islamist militants in Karachi after the Sept. 11, 2001, attacks on the United States when he was kidnapped. A video of his beheading emerged weeks later.

Sheikh and his co-accused are to be released immediately if they are not required in any other case, the head of the court panel, Justice Mushir Alam, said in a court order.

A high court last year commuted the death penalty of the British-born Sheikh into a life sentence and acquitted his three co-accused, citing lack of evidence. The government and Pearl’s parents challenged that decision and pleaded to the Supreme Court to reinstate the death penalty.

The Supreme Court turned down both pleas on Thursday.

“The Pearl family is in complete shock by the decision,” the family’s lawyer, Faisal Siddiqi, told Reuters. “No amount of injustice will defeat our resolve to fight for justice for Daniel Pearl.”

The ruling comes at a delicate time diplomatically as the new U.S. administration takes office and is reviewing Afghanistan’s peace process, in which Pakistan is a key player.

“This couldn’t have come at a worse time for Pakistan and U.S. relations because we have a new administration and the Pakistanis have been trying to establish contact with them ... this is going to complicate the relationship,” said Shuja Nawaz, a distinguished fellow at the South Asia Center at the Atlantic Council.

Experts said the case against Sheikh had been flawed from its early stages and the Supreme Court had likely made its decision on legal procedural issues.

“We have to contextualise it in the ‘war on terror phenomenon’ where many countries especially in South Asia and the Middle East ... (were) not fulfilling rule of law principles or terrorists were not tackled via the criminal justice system,” said Hassan Abbas, an international security professor at National Defense University in Washington and a former Pakistani police officer.

The media wing for Pakistan’s military did not immediately respond to a request for comment. A Pakistan foreign ministry spokesman declined to comment during a press briefing, adding the ministry would wait to see the court’s detailed judgement.