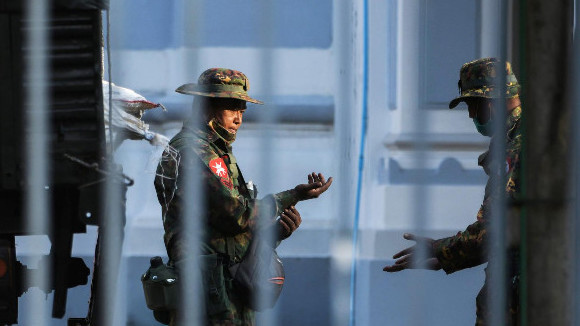 Officials said the social media platform - for many in Myanmar the only access to the internet - would be blocked for the sake of "stability".

Facebook has become a key rallying point for opposition to Monday's coup.

In further civil disobedience, lawmakers are refusing to leave their compound in the capital, and more pot-banging was seen in Yangon.

The military said an election in November had been fraudulent - though the country's election commission said there was no evidence of such fraud.

The elected civilian leader, Aung San Suu Kyi, along with President Win Myint, were detained and on Wednesday police filed charges against them.

The charges against her include possession of unlawful communication devices - walkie-talkies used by her security staff.