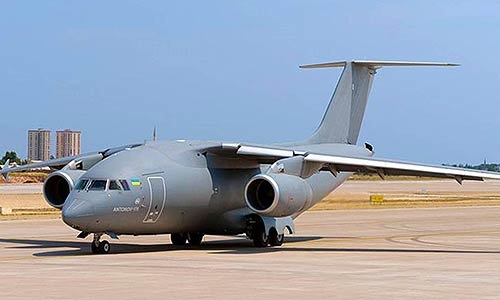 AKIPRESS.COM - Ukraine looking at defense purchases from India, offers India AN-178 Ukraine is looking to procure military hardware from India in addition to efforts to deepen its presence in the Indian defense market, said Yuriv Husyev, General Director of Ukroboronprom, the umbrella corporation of Ukrainian state defense companies at the Aero India held in Bengaluru recently, Defence News reported.

The two sides will discuss a range of proposals to take forward bilateral cooperation at the Bilateral Working Group meeting between the two defense ministries in April 2021. The Ukrainian delegation for this would be led by their Deputy Defense Minister.

Ukraine has signed four agreements worth $70 million which includes sale of new weapons as well as maintenance and upgrades of existing ones in service with the Indian armed forces, he stated. Some members of the Ukrainian delegation will remain in India for some days after the air show to carry out further discussions on the four agreements.

“We presented our proposals with new weapons and aircraft for the Indian armed forces,” Husyev added. This includes a pitch to India of its AN-178 medium transport aircraft.

The Ukraine team also held discussions with the Defense Research and Development Organization (DRDO) and looked at possible collaborations in research and development.

UkrOboronProm is Ukraine’s defense conglomerate that brings together more than 100 defense enterprises from the country under a single roof.

At present, the biggest ongoing defense cooperation between the two countries is the upgrade of nearly 100 AN-32 aircraft of the Indian Air Force by Ukrainian firm Antonov.

At Aero India 2021 last week, India made a strong pitch to the world of its indigenous military capabilities and ability to supply a range of military hardware.