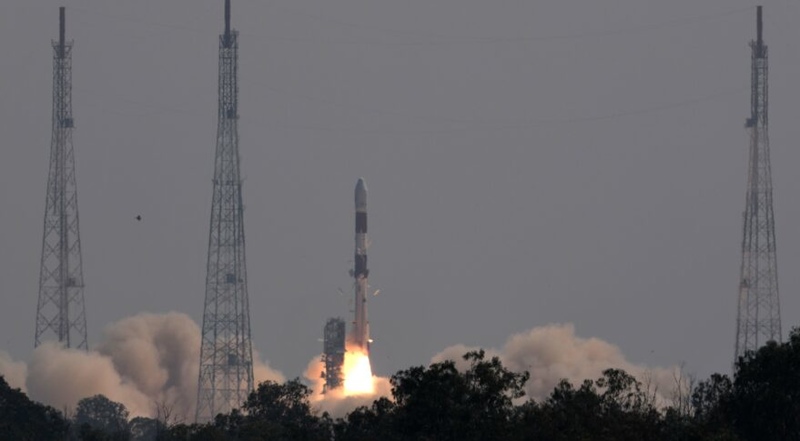 The 44-meter-high PSLV-C51 rocket lifted off from the Satish Dhawan Space Center Sriharikota, India on February 28.

The mission was hailed as the first dedicated commercial mission of NewSpace India Limited (NSIL), a Government of India company under the Department of Space.

Amazonia-1 is the first Earth observation satellite designed and operated by Brazil’s National Institute for Space Research (INPE). This satellite is designed to deliver remote sensing data to the government and science community for monitoring deforestation in the Amazon region and analysis of diversified agriculture across the Brazil.

India and Brazil cooperate extensively in many areas, including space.

Taking to Twitter, Indian Prime Minister Modi said, “Congratulations President @jairbolsonaro on the successful launch of Brazil’s Amazonia-1 satellite by PSLV-C51. This is a historic moment in our space cooperation and my felicitations to the scientists of Brazil.”

The two countries signed a Memorandum of Understanding in March 2002 and have been collaborating in data sharing and satellite tracking of Indian satellites on a semi-commercial basis. Two officials from Brazilian Space Agency (AEB) participated in ISRO’S ‘UNNATI’ (UNispace Nanosatellite 4 Assembly and Training by ISRO), an 8-week long training program on nano-satellite building.

Apart from bilateral cooperation, both countries are also working closely under the BRICS framework. The 18 other satellites launched during this mission include a mix of Indian and American craft.

The American ones include another technology demonstrator called SAI-1 NanoConnect-2, and 12 "SpaceBees'' from Swarm Technologies, part of larger constellation the company is building in low Earth orbit.

ISRO stated that PSLV has placed 342 satellites from 34 countries in orbit, so far. The launch is India’s first in 2021, following 2020 severely impacted by the COVID-19 pandemic.

India is expected to launch a number of missions in the coming months including the GSLV launch of the country’s first geostationary Earth observation satellite, GISAT-1. The mission is one of the missions delayed by COVID-19 outbreak.

ISRO is targeting a first unmanned test flight of a human-rated GSLV launcher for its Gaganyaan crewed program in December this year, but has conceded a first crewed flight is expected to take place in 2023 instead of August 2022.

Chandrayaan-3, a second attempt at setting a lander and rover on the moon, is expected in 2022.