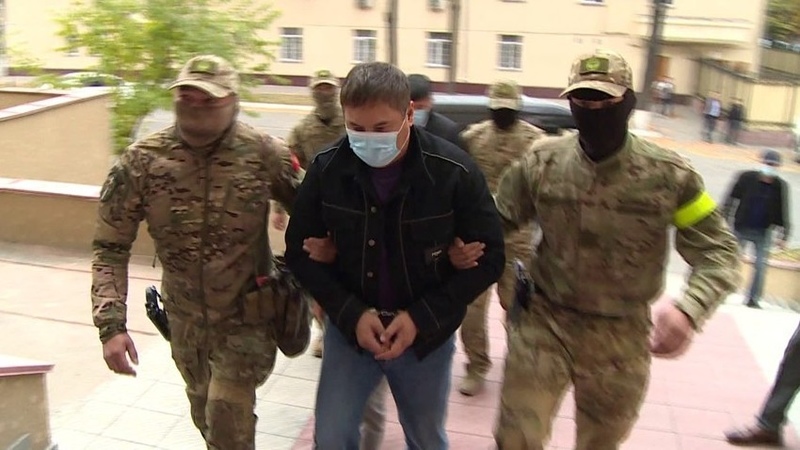 In 2000, Kolbaev was convicted for the attempted murder of his one-time criminal boss and murder of two others. Kolbaev was sentenced to 25 years for these crimes, but after serving six years he escaped from prison. In 2007, the U.S. Department of State described Kolbaev as “the leader of the most influential criminal group” in the country, and on April 23, 2008, Kolbaev was “crowned” as a thief-in-law in Moscow by Russian organized crime leaders.

In June 2011, the Obama administration identified Kolbaev as a significant foreign narcotics trafficker under the Foreign Narcotics Kingpin Designation Act. In 2012, the U.S. Treasury Department designated Kolbaev as an associate of the Brothers’ Circle crime syndicate. In 2013, he was charged with several offenses in the Kyrgyz Republic, including extortion, kidnapping, and weapons and drug crimes, but only served a three-year sentence for extortion. In 2017, the Treasury Department designated Kolbaev for acting on behalf of the thieves-in-law. His most recent arrest in October 2020 in Bishkek, Kyrgyz Republic, was for the creation of and participation in a criminal organization.

This reward is offered under the Department of State’s Transnational Organized Crime Rewards Program (TOCRP). More than 75 transnational criminals and major narcotics traffickers have been brought to justice under the TOCRP and the Narcotics Rewards Program (NRP) since the NRP’s inception in 1986. The Department has paid more than $130 million in rewards for information leading to apprehensions.

The Bureau of International Narcotics and Law Enforcement Affairs (INL) manages the TOCRP in close coordination with the Drug Enforcement Administration (DEA), the Federal Bureau of Investigation, U.S. Immigration and Customs Enforcement’s Homeland Security Investigations, and other U.S. government agencies. These actions demonstrate the Department’s commitment to supporting U.S. and international law enforcement efforts and a whole of government approach to combatting drug trafficking and transnational organized crime.

All information should be reported to the DEA and OFAC at +1 202-643-0383, which can receive messages via WhatsApp, Telegram, and Signal. Individuals may also visit the nearest U.S. embassy or consulate, or via e-mail at Kolbayev_Tips@usdoj.gov. All individuals who provide information will be treated with complete confidentiality.