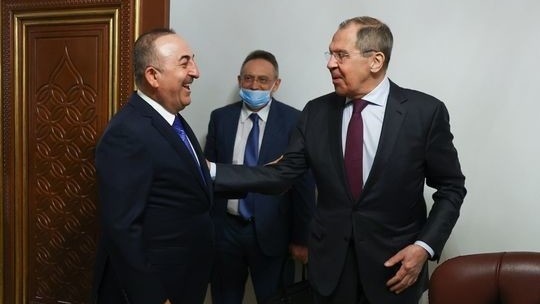 "Where is my gift from Bishkek?" Sergei Lavrov joked while shaking hand with FM Mevlut Cavusoglu.

The Turkish Foreign Minister said in return that all Russian delegation seems to have been vaccinated.