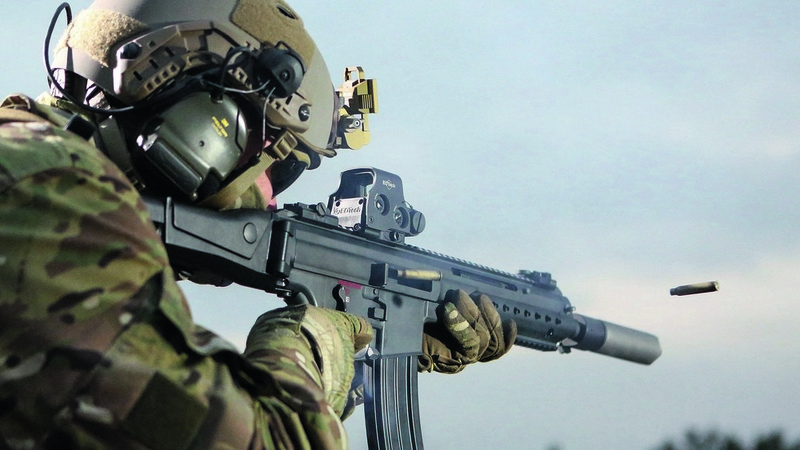 AKIPRESS.COM - Uzbekistan soldiers are getting a first-hand experience of Indian Army’s new 'Sig Sauer' rifles at the ongoing military exercise 'DUSTLIK' between the two armies in Chaubatia near Ranikhet in Uttarakhand, India Today reported.

The second edition of exercise DUSTLIK, meaning friendship, has been planned to focus on counter-terror operations in Kashmir.

The ongoing joint exercise, which began on March 9 and is scheduled to last till March 21, is mainly going to focus on cordon and search operations, firing drills, jungle warfare recreating a setting similar to counter-terror operations in Kashmir.

Avoiding collateral damage is also part of the exercise as most of the areas in Kashmir where operations are carried out are residential.

Both armies shared best practices with each other using Sig Sauer rifles in the exercise, said Colonel Amit Malik, Commanding Officer of 13 Kumaon, representing the Indian Army in the exercise.

“We are using Sig Sauer rifles in the exercise and the same are being used by the Uzbekistan Army as they are not carrying weapons. Both the armies are sharing best practices with each other,” said Colonel Amit Malik.

Intelligence-based surgical operations, special forces tracking techniques, surveillance through a hi-tech command post, slithering operations from helicopters will be some of the key elements of the exercise.

The Indian Army recently procured the 72,500 Sig Sauer assault rifles from the US under fast track procedures in order to meet the shortage of small arms.