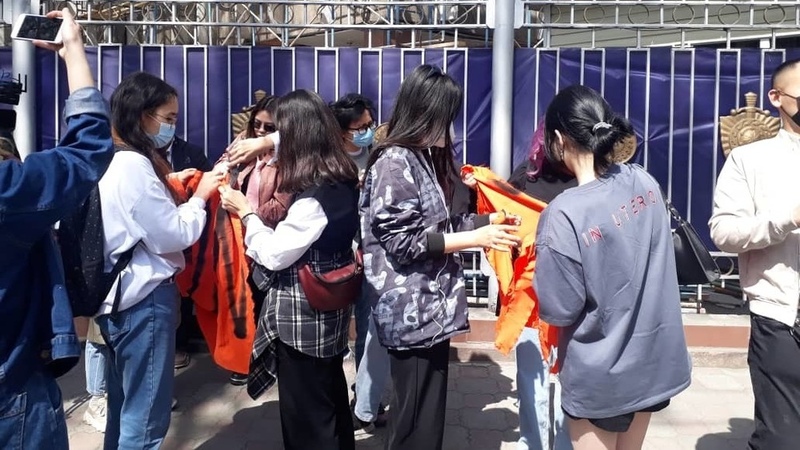 AKIPRESS.COM - The U.S. Embassy in Bishkek expressed concerns about yesterday’s events at the Ministry of the Interior headquarters where protesters demanding resignation of the Interior Minister and stop of violence against women were dispersed.


"The threat of mob violence and intimidation tactics against demonstrators exercising their constitutionally guaranteed right to peaceful assembly is unacceptable. The United States calls on the Kyrgyz government and law enforcement to protect the free exercise of freedom of speech and peaceful assembly from any party that seeks to restrict these rights. We also note that those responsible for yesterday’s violent intimidation, as well as those who attacked a Women’s Day demonstration last year, have not been held accountable for their actions. We urge the government to investigate and bring these individuals to justice," the Embassy said.

"We also take this opportunity to express our deep sadness at the recent kidnapping and murder of Aizada Kanatbekova, and send our condolences to her loved ones and all the other family and friends of victims of gender-based violence. As the Deputy Mufti of Kyrgyzstan clearly stated, Ala Kachyy infringes on the freedom, life, honor and dignity of women," said the statement.