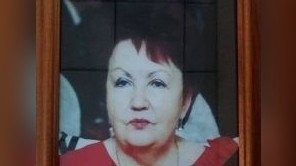 AKIPRESS.COM - Lydia Batueva, the chief specialist of the section of financial support of the department of external migration of the Ministry of Foreign Affairs of the Kyrgyz Republic, passed away at the age of 67, said the State Migration Service.

Lydia Batueva was born on September 16, 1953 in the village of Kolosovka of the Omsk Region in Russia.

Lydia Batueva was awarded a commendation by the Prime Minister of the Kyrgyz Republic in 2016.