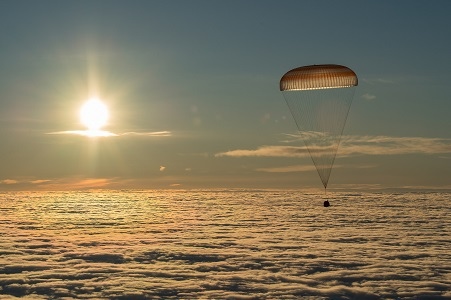 AKIPRESS.COM - Two Russian cosmonauts and a US astronaut have landed safely in the Central Asian country of Kazakhstan following their six-month stint at the International Space Station (ISS), according to Roskosmos space agency.

Cosmonauts Sergei Ryzhikov and Sergei Kud-Sverchkov and astronaut Kathleen Rubins touched down as scheduled in the early morning hours of April 17 at 0455 GMT.

The three had been at the space station since mid-October 2020.