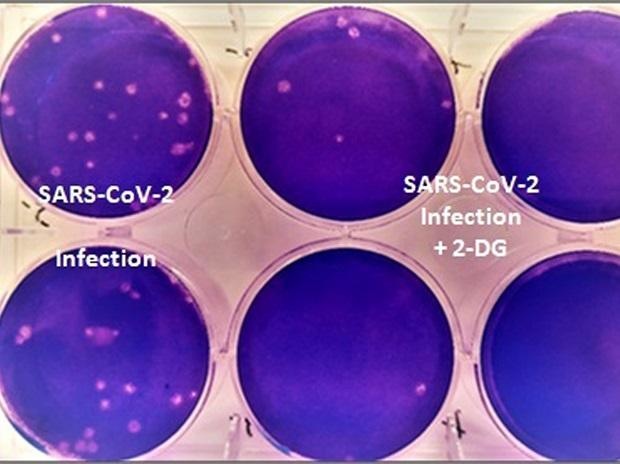 “In the ongoing second Covid-19 wave, a large number of patients are facing severe oxygen dependency and need hospitalisation. The drug is expected to save precious lives due to the mechanism of operation of the drug in infected cells. This also reduces the hospital stay of Covid-19 patients,” stated India’s Ministry of Defense on May 8.

The new treatment consists of a therapeutic application of the drug 2-deoxy-D-glucose (2-DG), developed by the Institute of Nuclear Medicine and Allied Sciences (INMAS), a DRDO laboratory based in Delhi.

It does not function like a vaccination, which is a preventive measure against catching the illness. Instead, the 2-DG molecule hastens the recovery of patients who are already suffering from the disease.

DRDO chief G. Satheesh Reddy on May 9 said the anti-COVID drug, which has been approved for emergency use, will be rolled out by May 11. Explaining further, he said the drug will help neutralise most of the COVID-19 symptoms and will prevent the growth of the virus inside the body. Regarding availability of the drug, Reddy said arrangements for proper distribution across all hospitals need to be done and a team is already working on the same.

Speaking about the drug, the DRDO chief also said it would help improve the level of oxygen in the body. The drug is expected to help coronavirus patients within three days of consumption.

“Phase-III clinical trials of the drug were conducted on 220 patients between December 2020 to March 2021 at 27 Covid-19 hospitals in India. The detailed data that emerged from Phase-III clinical trials was presented to the Drugs Controller General of India (DCGI). It was observed that patients who were administered the new 2-DG drug in addition to the standard Indian Council of Medical Research treatment, recovered more quickly than patients who were given only the standard treatment.

“On May 1, 2021, DCGI granted permission for emergency use of this drug as adjunct therapy in moderate to severe COVID-19 patients. Being a generic molecule and analogue of glucose, it can be easily produced and made available in plenty in the country,” said the defense ministry.

The drug will be manufactured by Dr Reddy’s Laboratory (DRL), which worked alongside DRDO as its industry partner during the year-long trials. The drug will be dispensed in powder form in a sachet, and taken orally after dissolving it in water.

“It accumulates in the virus infected cells and prevents virus growth by stopping viral synthesis and energy production. Its selective accumulation in virally infected cells makes this drug unique,” said the defense ministry.

In April 2020, INMAS-DRDO scientists conducted laboratory experiments with the help of Centre for Cellular and Molecular Biology (CCMB), Hyderabad and established conclusively that 2-DG inhibits growth of the SARS-CoV-2 virus.

In Phase-II trials that were conducted during May to October 2020 on 110 patients in six hospitals, the drug was found to be safe for Covid-19 patients and showed significant acceleration in their recovery.

Based on these successful results, DCGI further permitted the DRDO to carry out Phase-III clinical trials from November 2020.