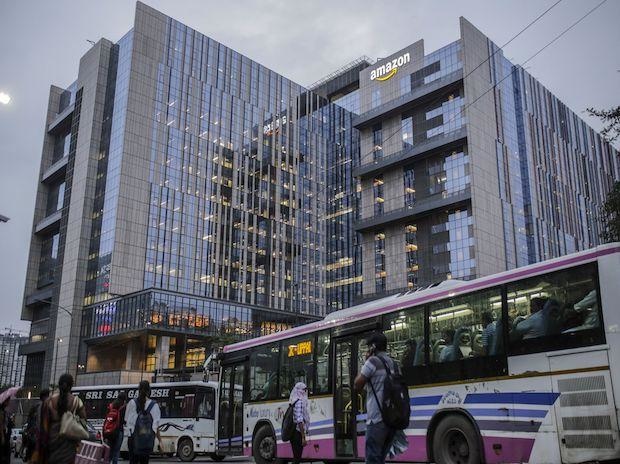 
“The small and medium sized businesses are the engine and the lifeblood of economies and it's true in India as well. We are very passionate about trying to enable acceleration of small and medium sized businesses in fueling innovation and the economy in India,” said Amazon Web Services (AWS) chief Andy Jassy, who is replacing billionaire founder Jeff Bezos as Amazon.com's next chief executive officer.

“Building on what we did last year, I am excited to announce a brand new $250 million Amazon Smbhav Venture Fund, where we're going to help inspire more SMBs, to be able to build brand new businesses,” said Jassy at Amazon India’s flagship event Smbhav which was hosted virtually.

Additionally, Amazon announced plans to digitally empower and bring 1 million offline retailers and neighbourhood stores online, on the Amazon India marketplace, by 2025 through the Local Shops on Amazon program. At the same event, Amazon also launched the ‘Spotlight North East’ initiative to bring 50,000 artisans, weavers and small businesses online from the 8 states in the North Eastern region of India by 2025 and to boost exports of key commodities like tea, spices and honey from the region.

Amazon reiterated it’s long-term commitment to unlock the infinite possibilities for India. Amit Agarwal, Global Senior VP and Country Head, Amazon India said in 2020, Amazon pledged to digitize 10 million SMBs, enable $10 billion in exports, and create 1 million jobs by 2025. “Through our initiatives, we are committed to be a catalyst and a partner in unlocking the possibilities for a Digital India, and realize the vision of an Aatmanirbhar Bharat as put forth by the Indian Prime Minister Narendra Modi,” said Agarwal.

“The launch of Amazon Smbhav Venture Fund aims to attract the best ideas and empower entrepreneurs in the country to partner in this vision. Additionally, our initiatives to onboard 1 million offline shops on Amazon.in and digitally empower the North East region will accelerate the progress towards a digital and self-reliant India.”

In the SMB sector, through the Venture Fund, Amazon will invest in technology startups that digitize SMBs for demand access, efficient operations and supply chain efficiency. The Venture Fund will independently invest in startups. These investments will help seed and scale up innovation in the sector.

Another initiative, the ‘Spotlight North East’ initiative is designed to boost the local economy, create jobs and accelerate financial inclusion and empowerment of women and the tribal community across the North-Eastern region of India. The programme aims to bring the benefits of e-commerce to 50,000 weavers, artisans, a majority from the tribal communities, and local small businesses including offline neighbourhood stores across the region by 2025 by enabling them access to technology and customers. Amazon will focus on bringing more than 5000 unique crafts, Geographical Indication (GI) products and other local products to its India marketplace.

Amazon will launch a dedicated North East storefront on its marketplace. The firm said it will enable the participation of artisans and weavers from the region in key sale events through the year to help generate demand for their products. Additionally, with its e-commerce exports program, Amazon Global Selling, the company will help boost exports of special agri-commodities from the North East like tea, honey, and spices to Amazon customers worldwide.

Overall, the above three commitments are a further step in Amazon’s pledge of digitizing 10 million SMBs, enabling $10 billion in exports from India, and creating 1 million jobs by 2025 made during the previous edition of Amazon Smbhav in January 2020.