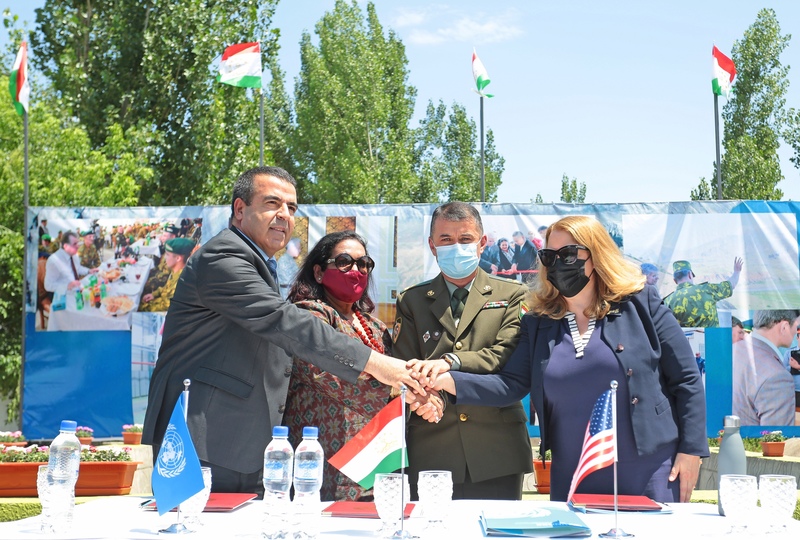 AKIPRESS.COM - The United Nations Office on Drugs and Crime, Regional Office for Central Asia in partnership with the law enforcement agencies of Tajikistan and Uzbekistan, opened two Border Liaison Offices(BLOs) at the railway border crossing points (BCPs) Pakhtaobod (Tajikistan) and Kudukli (Uzbekistan) on the Tajik-Uzbek border.

The opening ceremony was held at Pakhtaobod and Kudukli BCPs with the signature of the handover documents.

To date, 19 BLOs have been established on the Tajik-Afghan, Uzbek-Afghan, Tajik-Uzbek, Kyrgyz-Tajik, Kyrgyz-Uzbek, Kyrgyz-Kazakh and Kazakh-Uzbek borders. Each country assigned staff for the establishment of BLOs and allocated premises at the BCPs, while technical assistance was provided by UNODC ROCA through organizing training courses and providing equipment to support the operation of the offices.

The initiative on the opening of the BLOs at the Pakhtaobod - Kudulki railway border crossing points between Tajikistan and Uzbekistan was funded by the U.S. Department of State’s Bureau of International Narcotics and Law Enforcement Affairs (INL).