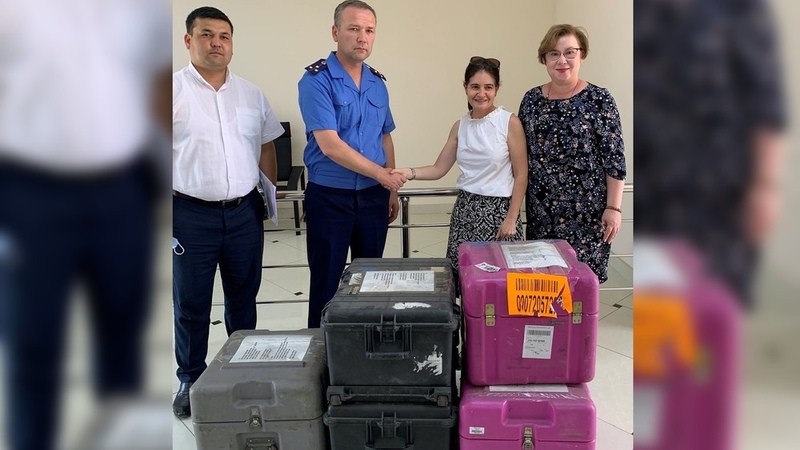 AKIPRESS.COM - The U.S. Embassy Tashkent delivered approximately $14,000 of loaned equipment to the Republican Center of Seismic Forecasting Monitoring (RCSFM) under the Ministry of Emergency Situations of the Republic of Uzbekistan on June 2.

The RCSFM, together with the University of California, San Diego (UCSD), will install two temporary seismic stations at Karasai and Koytash, to further understanding of acoustic and infrastructure issues in preparation for a permanent station to be installed later this year.

The Department of State will purchase the equipment for the permanent station planned for Karasai later this year and will also fund installation costs.

The GSN is operated as a cooperative partnership between IRIS funded by the US National Science Foundation (NSF), and the United States Geological Survey (USGS), coordinated with other federal agencies and the international community.

UCSD operates one-third of the GSN stations via support from IRIS and the NSF, including the proposed Uzbekistan station.