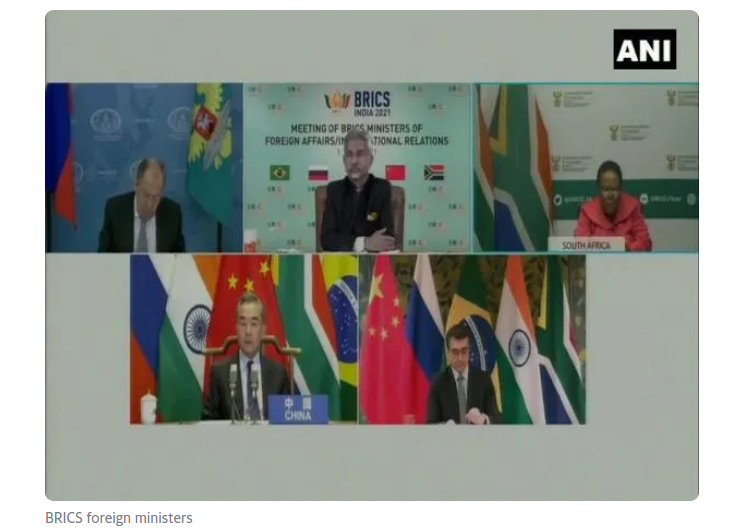 AKIPRESS.COM - BRICS member states on June 1 reaffirmed the need for a comprehensive reform of the United Nations, including its Security Council, to make it more representative, effective and efficient, and to increase the representation of the developing countries so that it can adequately respond to global challenges, ANI reported.

For the first time, BRICS foreign ministers have agreed on a common, standalone joint statement on reforming the multilateral system. They have also agreed that such reform has to cover all key multilateral institutions, including the UN and its principal organs (UN Security Council, General Assembly, ECOSOC, the  Secretariat, etc); international financial architecture (IMF, World Bank); multilateral trading system (WTO, UNCTAD); and the global health governance system with the WHO at its core.

In particular, BRICS ministers agreed to instill new life in the discussions on reform of UN Security Council.

During the meeting, China and Russia reiterated the importance they attach to the status and role of Brazil, India and South Africa in international affairs and supported their aspiration to play a greater role in the UN.

The ministers issued a joint statement following the meeting in which they acknowledged that the current interconnected international challenges should be addressed through a reinvigorated and the reformed multilateral system.

The ministers also commended India and South Africa for their respective present and recent terms served in the UN Security Council. They also recognized the candidacy of Brazil as a UN Security Council member for the 2022-2023 biennium.

China and Russia reiterated the importance they attach to the status and role of Brazil, India and South Africa in international affairs and supported their aspiration to play a greater role in the UN," the statement read.

According to a joint statement, the ministers called for continued efforts to strengthen the system of arms control, disarmament and non-proliferation treaties and agreements and to preserve its integrity for maintaining global stability and international peace and security.

They also stressed further the need to maintain the effectiveness and efficiency as well as the consensus-based nature of the relevant multilateral instruments in the field of disarmament, non-proliferation and arms control.

The ministers acknowledged that global economic governance in an increasingly interconnected world is of critical importance for the success of national efforts for achieving sustainable development in all countries.

"The ministers stressed the need to restore the normal functioning of all WTO's functions as highlighted in the Joint Statement by BRICS Trade Ministers on Multilateral Trading System and the WTO Reform of 2020. They emphasized the primary importance of ensuring the restoration and preservation of the normal functioning of a two-stage WTO Dispute Settlement system, including the expeditious appointment of all Appellate Body members," the statement read.

In his address, India’s foreign Minister S Jaishankar highlighted the key principles guiding the five-nation grouping BRICS and referred to international law and the UN Charter that recognizes the sovereign equality of all states, and respects their territorial integrity.

Jaishankar said desired change can be achieved only by conducting policies in accordance with these principles.

In his comments, China’s foreign minister Wang Yi expressed solidarity with India as it has been dealing with a severe second wave of the coronavirus pandemic.

He also commended India for its efforts as BRICS chair to enhance cooperation among the member states. “Together we will take solid steps to deepen BRICS cooperation in political and security fields and lay a strong foundation for this year’s summit,” Wang said.