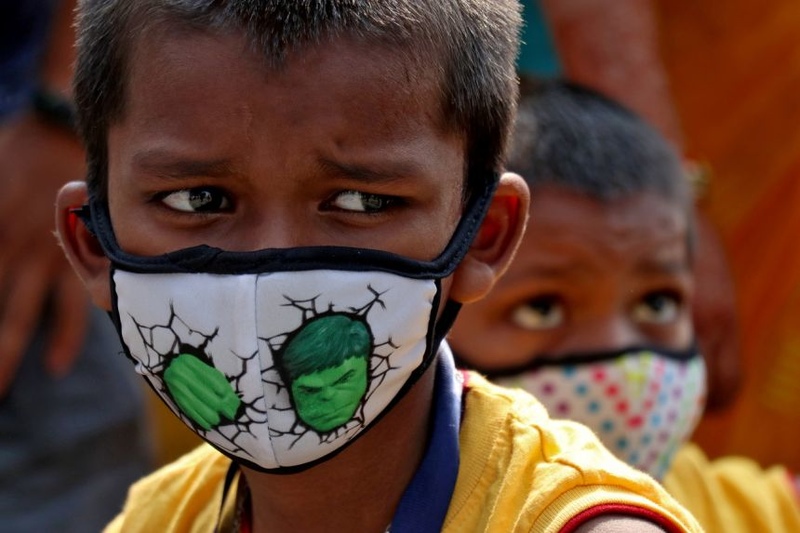 AKIPRESS.COM - Indian government announced measures to support children who have lost both their parents to the pandemic that includes providing them with free education and health insurance, The Straits Times reported.

Prime Minister Narendra Modi's administration will use the PM Cares fund to create a corpus of about $14,000 per child when they turn 18, the government said in a statement on May 29.

The children will be enrolled in the government's health insurance program and premium will be paid via PM Cares fund till they are 18. The fund will also pay for school needs such as fees, uniforms and books.

Once they turn 18, they will receive a monthly stipend, and at age 23, the corpus will be given in a single payout.

The move comes after the world's worst outbreak shattered families and orphaned children. In India, 27 per cent of the population of 1.3 billion is under 14, and the country had an estimated 350,000 orphans in institutional care going into the pandemic.

The government, in a separate release on May 29, announced further measures to help families that lost an earning member to Covid-19. The steps include providing a family pension and insurance to the dependents.

In another move, India expanded an emergency credit program to airlines and hospitals to cushion them from the impact of coronavirus wave. The loans, which were
previously intended for specific sectors such as small borrowers, can be availed until Sept 30 or until total guarantees worth $40 billion are offered, Indian finance ministry said in a statement on May 30.

Prime Minister Narendra Modi's administration is turning its focus to protecting the economy, as a devastating surge of Covid-19 infections ebb. He eschewed a national lockdown in favor of localized mobility curbs. The enhanced program will guarantee loans to hospitals and clinics to set up on-site oxygen generation plants with an interest cap of 7.5%.

India on June 7 reported its lowest daily rise in new coronavirus infections in more than a month at 86,498 cases during the previous 24 hours, while the number of deaths stood at 2123. Its total number of infections now stands at 29 million, with the death toll crossing 351,000.