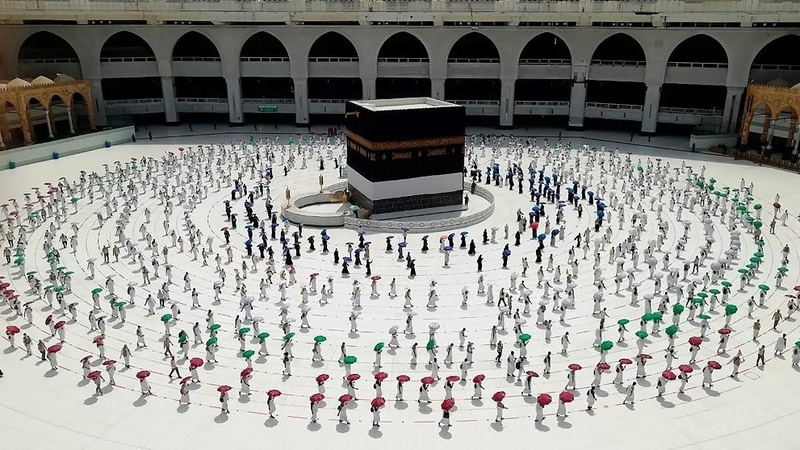 AKIPRESS.COM - Saudi Arabia has announced that this year’s hajj pilgrimage will be limited to 60,000 vaccinated people from within the kingdom because of the coronavirus pandemic.

The kingdom ran a reduced pilgrimage last year, but still allowed a small number of people to take part in the annual event.

A statement on the state-run Saudi Press Agency on Saturday quoted the hajj and umrah ministry as saying this year’s hajj, which begins in mid-July, would be also limited to vaccinated people aged 18 to 65, Guardian reports.The hajj, a physically demanding and often costly pilgrimage that draws faithful Muslims from around the world, would normally draw as many as 2 million people. All able-bodied Muslims are required to perform it at least once in their lifetimes, and it is seen as a chance to wipe clean past sins and encourage greater humility and unity.