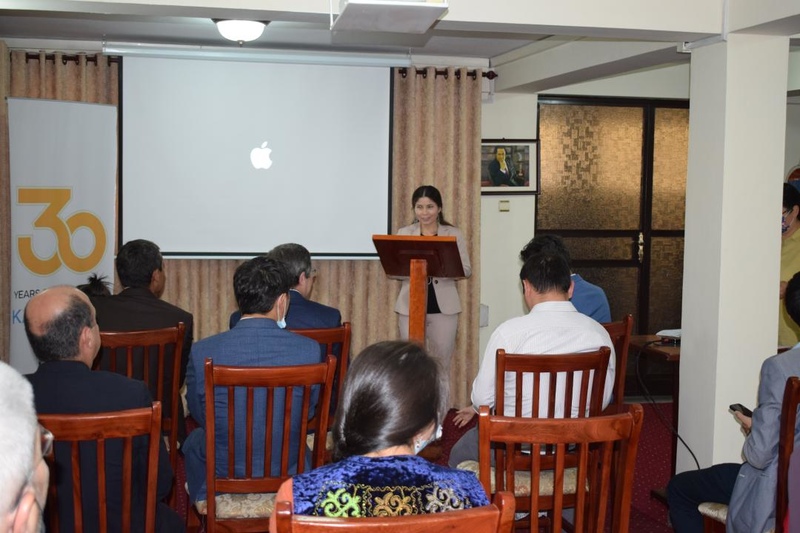 AKIPRESS.COM - An evening of Kazakh culture and creativity was held at the Embassy of Kazakhstan in Ethiopia, dedicated to the celebration of the 30th anniversary of Kazakhstan's Independence and the anniversaries of Zhambyl Zhabayev, Mukagali Makatayev, Ybray Altynsarin, Dina Nurpeisova, Kazakh foreign ministry said.

The event was attended by representatives of the Kazakh diaspora living in Addis Ababa, as well as the staff of the Embassy of the Republic of Kazakhstan. The evening of culture was organized in order to expand the knowledge of the younger generation about Kazakh traditions and customs, great historical figures and their outstanding contribution to the development of Kazakh culture, namely literature, poetry and folk music.

During the festive event, literary and musical works of Zhambyl Zhabayev, Abay Kunanbayev, Mukagali Makatayev, as well as other outstanding personalities who left an indelible mark in the history of the Kazakh people were performed.

The guests of the cultural evening at the Embassy were also presented with a photo exhibition dedicated to the holiday of the capital of Kazakhstan - the city of Nur-Sultan, illustrating the progressive pace of the country's development over the years of Independence.

In 2020, the Kazakh Cultural Center named after Abay Kunanbayev was opened at the Embassy of Kazakhstan in Ethiopia. Since then, the Center has held a number of significant cultural events. In the second half of last year, due to the pandemic, the cultural center was forced to temporarily cease its activities. During today's event, the Cultural Center resumed its activities again.