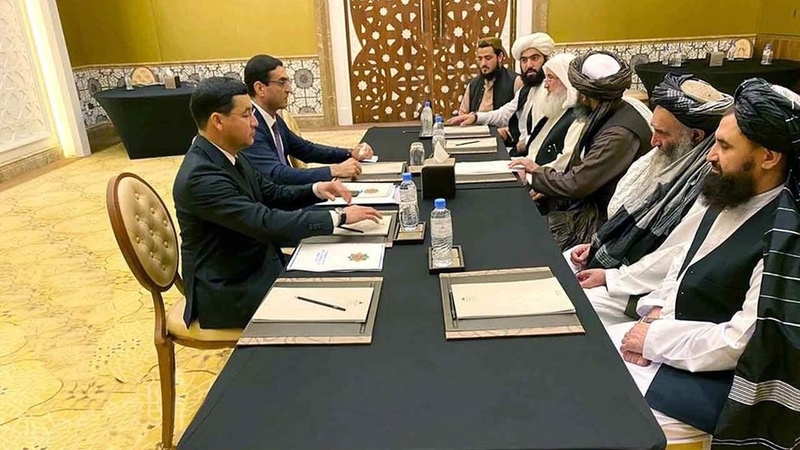 The Taliban's spokesman in Qatar, Mohammad Nayeem, told RFE/RL by phone on July 11 that the Taliban delegation visited Ashgabat at Turkmenistan's invitation.

According to Nayeem, the sides discussed "bilateral economic and political ties between the two nations, as well as issues of security and borders."

He did not elaborate.

Several sources close to the Turkmen Foreign Ministry told RFE/RL that the talks were held on July 10 and the Taliban delegation was led by the chief of the Taliban's political office in Qatar, Sher Mohammad Abbas Stanikzai.

"The Turkmen side, which invited the Taliban for talks, asked Taliban representatives to keep the talks in Ashgabat a secret. The Turkmen side did not want to irritate the official authorities in Kabul. The major issues discussed at the talks were about not attacking [Turkmen territory] and blocking the possible flow of refugees," one of the sources, who was not authorized to talk to the media, told RFE/RL.

Meanwhile, a senior official at a Turkmen security agency told RFE/RL earlier that more troops from an army garrison near the city of Mary were being sent to bolster border guard units along the Turkmen-Afghan border. Mary is about 400 kilometers north of Serhetabad, a major border crossing with Afghanistan.