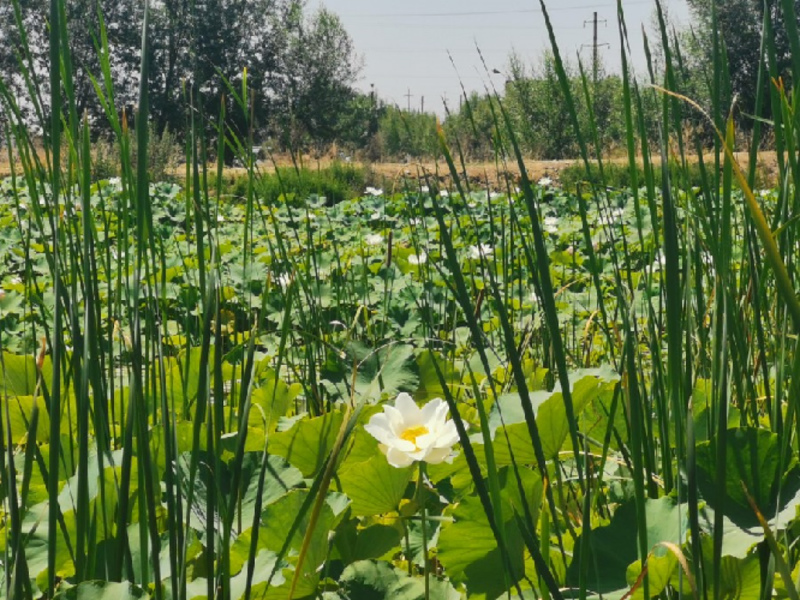 AKIPRESS.COM - A small Lotus Lake has become one of the natural attractions in Tashkent region, UzA reported.

The lake was created by the spouses He Shuli and Ye Tianyuan from China, who founded the Xinwan farm in Tashkent region.

“The history of this family is very interesting. After completing her studies at the Caspian University in Almaty in 1996, He Shuli came to Tashkent and began her career. Here she met her future husband Ye Tianyuan, in 2000 they got married. Two years later, they had a son, Ye Fuxing. He knows Uzbek, Russian, English and Chinese, which is his native language”, China’s Xinhua reports.

The Chinese family has been working in Uzbekistan for almost 20 years. Their farm is diversified. It is engaged in vegetable growing and animal husbandry, supplies milk, meat, various vegetables and rice. The farm employs more than ten residents.

Three years ago, the couple decided to expand and diversify the production activities of the farm, to introduce Chinese technologies. Local authorities supported the idea of ​​creating a lotus lake and allocated 10 hectares of uncultivated land.

According to He Shuli, the lotus not only provides an aesthetic pleasure, but is also a very useful and profitable plant. “Residents of Asian countries use it as a vegetable: the roots are boiled, fried, pickled, eaten raw, starch, flour and oil are extracted. Leaves are used instead of asparagus, treats are prepared from seeds, even marmalade is made”, the entrepreneur lists the beneficial properties of the plant. In addition, the lotus is also used in the medical sphere.