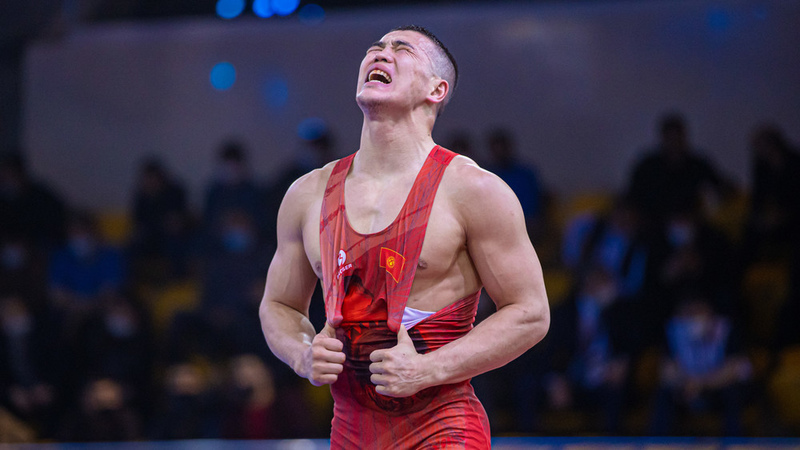 AKIPRESS.COM - 22-year-old Greco-Roman wrestler from Kyrgyzstan Akzhol Makhmudov won a silver medal in men's up to 77 kg at the Olympic Games in Tokyo on Aug 3.

His 1/8 final opponent was Lamjed Maafi of Tunisia, he won with the score of 11-0.

In 1/4 final, Makhmudov defeated Rafig Huseynov of Azerbaijan with 9-1 score.

In 1/2 final, Makhmudov defeated Karapet Chalyan of Armenia qualifying for the finals.

Makhmudov's silver became the first Olympic medal for Kyrgyzstan since 2008.