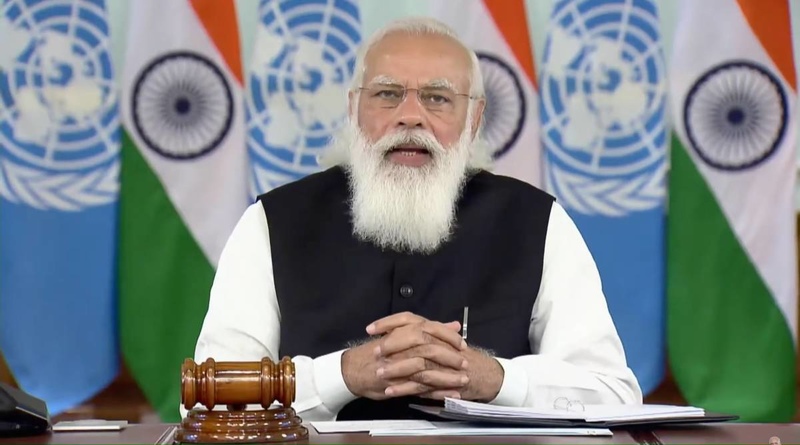 AKIPRESS.COM - The United Nations Security Council on August 9 adopted a statement under India's Presidency noting that the UN Convention on the Law of the Sea (UNCLOS) sets out the legal framework applicable to activities in the oceans, including countering illicit activities at sea, Yahoo reports.

The statement marked the first-ever outcome document by the UNSC on the issue of maritime security.

As per practices, the "Presidential Statement" has to be adopted unanimously in the UNSC. The process was not smooth, with one P-5 country holding out till the very end on language related to UNCLOS.

India's negotiators deserved credit for having been able to find language acceptable to all, without dropping the reference to UNCLOS (which other P-5 countries insisted on retaining). The adoption of statement reaffirmed India's bridging role in the UNSC.

"The Security Council reaffirms that international law, as reflected in the UN Convention on the Law of the Sea (UNCLOS) sets out the legal framework applicable to activities in the oceans, including countering illicit activities at sea," said the statement by the President of Security Council.

Indian Prime Minister Narendra Modi chaired the debate on “Enhancing Maritime Security: A Case for International Cooperation” through a video conference. He is the first Indian PM to chair a meeting of the United Nations Security Council.

The meeting was attended by several heads of state and government of member states of the UNSC, and high-level briefers from the UN System and key regional organizations.

In his remarks, the Prime Minister Modi said that the joint maritime heritage of the world is facing several types of challenges and maritime disputes should be settled peacefully and on the basis of international law.

He outlined five principles and called for joint efforts to combat natural disasters and maritime threats posed by non-state actors.

"The maritime disputes should be sorted out peacefully and on the basis of international law only. This is very important for mutual trust and confidence. This is the only way we can ensure global peace and stability," he said.

Sea routes are being misused for piracy and terrorism. There are maritime disputes between many countries. And climate change and natural disasters are also subjects related to maritime domain, said Modi.

He further said that the ocean is our common heritage. Our sea routes are the lifeline of international trade. And, the biggest thing is that these seas are very important for the future of our planet. But today our shared maritime heritage is facing a number of challenges.

Russian President Vladimir Putin, while addressing the UNSC debate virtually, called for establishing a special structure within the UN system that would directly deal with the issue of fighting maritime crimes in various regions. Putin said Russia wanted to build productive cooperation with the Indian Ocean Rim Association and Indian Ocean Commission.

Putin thanked India for its useful initiative of holding this event. PM Modi thanked Putin for his statement and said Russia has always played an important role in global maritime security.

US Secretary of State Anthony Blinken, who participated in the high-level debate, said that maritime security is in serious danger especially in the South China Sea.

He said that "the freedom of navigation and overflight and the unimpeded flow of lawful maritime commerce is critical to the security and prosperity of all nations and to global stability."

"Let me speak about some of the critical areas where we see maritime rules and principles under threat, we have seen dangerous encounters between vessels at the South China Sea and provocative actions to advance unlawful maritime claims," the US Secretary of State said.

During the debate, China's deputy permanent representative criticized the US saying that it does not join the United Nations Convention on the Law of the Sea (UNCLOS) "but considers itself a judge of the convention pointing fingers at other countries interfere arbitrarily".

Blinken thanked India for its leadership and bringing all the countries together to recommit and strengthen the maritime rules and principles.

The meeting discussed ways to effectively counter maritime crime and insecurity and strengthening coordination in the maritime domain.

The UN Security Council has discussed and passed resolutions on different aspects of maritime security and maritime crime in the past. However, this is the first time that maritime security is being discussed in a holistic manner as an exclusive agenda item in such a high-level open debate.