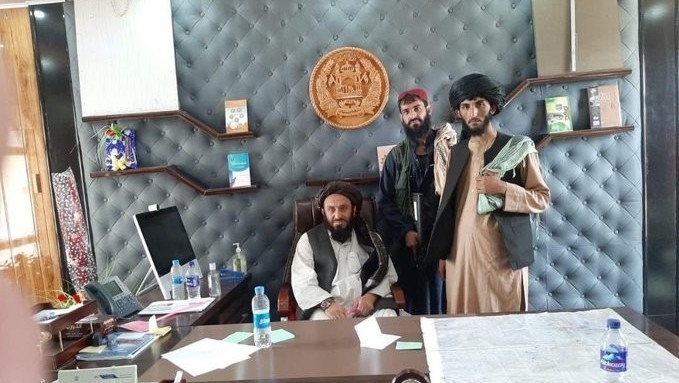 AKIPRESS.COM - The Taliban has claimed victory in Afghanistan after seizing the capital Kabul, bringing to a swift end almost 20 years of a US-led coalition's presence in the country.

Fighters have taken over the presidential palace. The government has collapsed, with President Ashraf Ghani fleeing, BBC reports.

A spokesman for the group has told news network Al Jazeera: "The war is over."

Kabul has descended into chaos, and residents and foreign nationals have been trying to escape.

At the capital's international airport, an eyewitness told the BBC that staff had abandoned their desks and people were running to planes.

Kabul was the last major city in Afghanistan to hold out against the Taliban offensive, which began months ago but has accelerated in the space of days as they rapidly gained control of territories, shocking many observers.

The militants were able to seize control after most foreign troops pulled out.

US President Joe Biden has defended the withdrawal of American troops, saying he could not justify an "endless American presence in the middle of another country's civil conflict".

More than 60 countries, including the US and the UK, have issued a joint statement saying the Afghan people "deserve to live in safety, security and dignity", and that security and civil order should be immediately restored.

They also called on the Taliban to allow anyone who wishes to depart to do so, and to keep roads, airports and border crossings open.