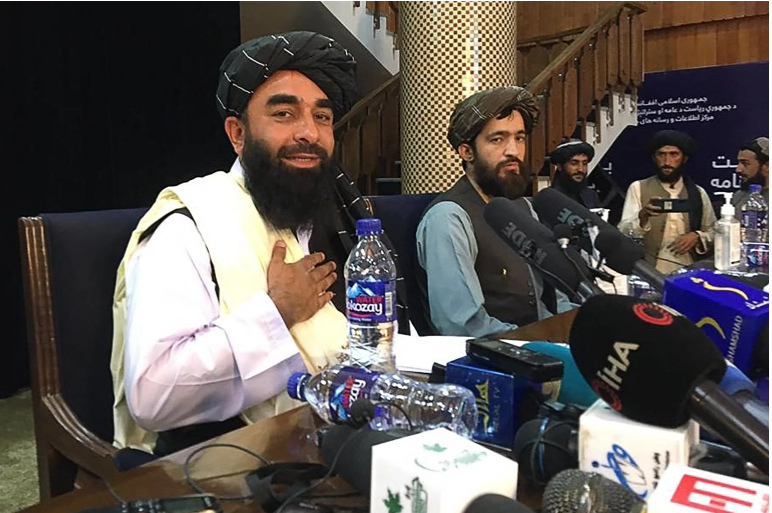 Zabihullah Mujahid, the armed group’s spokesman, said on Tuesday that the rights of women will be protected within the framework of Islam.

He also said Taliban wished for peaceful relations with other countries and that no group will be allowed to use Afghan territory for attacks against any nation.

“I would like to assure the international community, including the United States, that nobody will be harmed,” Mujahid said. “We don’t want any internal or external enemies.”

The group previously declared an “amnesty” across Afghanistan and urged women to join its government, trying to calm nerves across a tense capital city that only the day before saw chaos as thousands mobbed the city’s international airport in a desperate attempt to flee.

At least seven people died in Monday’s chaos, including several people who clung to the sides of a US jet as it took off.

US troops, who control the airport, have now restored order on the airfield, allowing evacuation flights to take off and land.