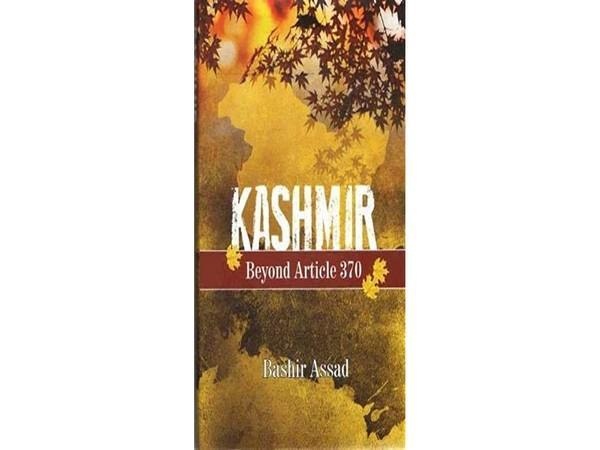 AKIPRESS.COM - The book 'Kashmir Beyond Article 370' seeks to make the readers understand the complicated battle of narratives being fought in the streets of Jammu & Kashmir in India and how the common people are consumed emotionally and physically in this battle, says author Bashir Assad, ANI reports.

In the Preface of the book, the author talks of interpretations being offered "on two different lines" after the decision to abrogate Article 370 and says he had made an honest effort to bring out the "whole truth instead of talking in piecemeal".

He says while action should be taken for any excesses by security forces, "but accountability must also be fixed for the unprecedented sufferings inflicted on the people in Jammu & Kashmir by the terrorists post abrogation of 370".

The author discusses how the mind space in Jammu & Kashmir is influenced by the propaganda unleashed by the diaspora.

"As with my first two books, I dare to bring out the truth - the untold, unspoken, unvarnished and inconvenient truth in this book. I am exposing the nexus between various players in putting Jammu & Kashmir (J&K) on fire. Army and other security agencies should be held accountable for whatever excesses' they committed during that period. But accountability must also be fixed for the unprecedented sufferings inflicted on the people in Kashmir by the terrorists post-abrogation of 370.

"We will give the account of every killing and every incident which amounted to a violation of basic human rights in Jammu & Kashmir. Let the world know who are the real killers in Kashmir," says the author.

Assad says national and international media quickly started reporting on J&K in accordance with their "positioning and editorial biases" after the abrogation of Article 370 in 2019.

"For one section, it was 'Kashmir burns'. For another section, the story was 'Kashmir celebrates'. For the first section, Kashmir had been set on fire by the security forces and there was complete darkness. For the second set of people, Kashmir was normal and people were willingly staying indoors to avoid the scorching heat of summer. Both sections were guided by their biases and prejudices. None was speaking the complete truth - primarily because their respective audiences were not ready to see the truth," he says.

The author says the outside world still does not know who was up to what in J&K. "It has been reported that people got killed, intimidated, maimed, properties were burnt, businesses remained shut, schools and colleges were closed for months together. People could not venture out of their houses for a long period.

"What was not reported was - who killed whom, who destroyed properties, who was not in favour of opening schools and businesses and in whose strategic interests were being served."

The author says he was writing this book with complete honesty, not the least bothered about being politically correct.

"I invoke the 'greed and grievance' theory to make the readers understand the complicated battle of narratives being fought in the streets of Jammu & Kashmir, and how the common people are consumed emotionally and physically in this battle. I discuss how the mind space in Kashmir is influenced by the propaganda unleashed by the diaspora. They have built their edifices on human blood in J&K and the young generation easily gets carried away by their filth. I discuss how the state has failed in presenting the pro-people narrative, and why.”

Assad is a researcher, author, and motivational speaker based at Srinagar, capital of Jammu & Kashmir. He has written extensively on the Kashmir dynamics and on radicalization and is upfront in challenging the illegitimate and irrational discourse on Kashmir propagated by non-state actors.

Assad is the author of 'K File- The Conspiracy of Silence', He is assisting the Jammu and Kashmir administration in de-radicalization of misguided youth and revival of Kashmir's pluralistic cultural ethos.