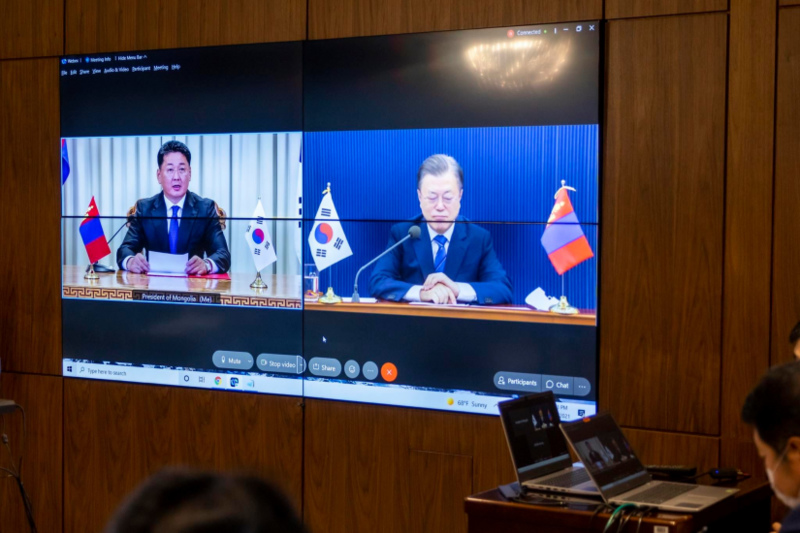 AKIPRESS.COM - President of Mongolia U.Khurelsukh held a virtual summit with President of the Republic of Korea Moon Jae-in, Montsame reports.

The Presidents of the two countries agreed to upgrade bilateral relations to ‘strategic partnership’ during the virtual summit and put out a joint declaration.

Within the joint declaration, the sides agreed to deepen and expand cooperation in five areas: politics and security; economy, trade and investment; education, science and technology, environment and health; culture, tourism and people-to-people exchanges; and regional and international cooperation.