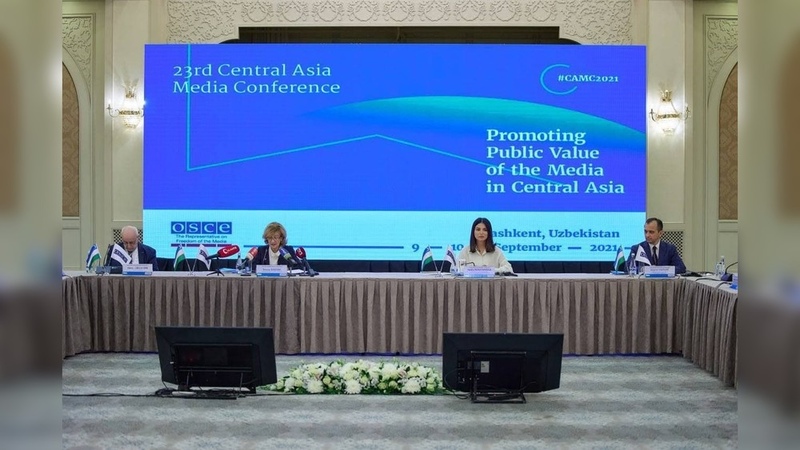 AKIPRESS.COM - The 23rd annual OSCE Central Asia Media conference, organized by the OSCE Representative on Freedom of the Media, ended on 10 September in Uzbekistan, after two days of discussions on public service media, public value of the media and safety of journalists in Central Asia and Mongolia.

The conference was opened by OSCE Representative on Freedom of the Media Teresa Ribeiro, Deputy Minister of Foreign Affairs of the Republic of Uzbekistan Gayrat Fazilov, Deputy Chairperson of the Board of Trustees, Public Fund for Support and Development of National Mass Media of Uzbekistan Saida Mirziyoyeva, and Senior Project Officer, OSCE Project Co-ordinator in Uzbekistan Hans-Ullrich Ihm.

Closing the event, Ribeiro stressed that she is fully aware that states are confronted with ever new and emerging challenges and that keeping their people safe is rightly a top priority for any government. “At the same time, however,” the OSCE Media Freedom Representative continued, “we must make sure that this safety does not come at the expense of our fundamental freedoms such as the freedom of expression. More safety does not mean less freedom. In fact, the one is impossible without the other.”

The Representative was briefed about the progress made in the ongoing reforms in Uzbekistan. She also discussed solutions to persisting challenges regarding media freedom in the country and the further engagement of her Office with various Uzbek counterparts.