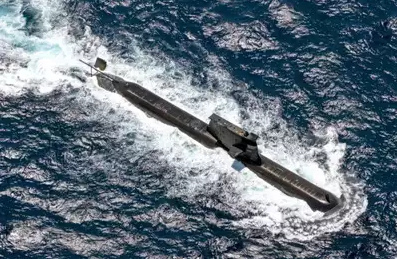 AKIPRESS.COM - The US on Monday briefed India on its new trilateral "AUKUS military pact" with the UK and Australia to take on the challenges posed by China in the Indo-Pacific, stressing it will not detract from either the bilateral cooperation with New Delhi or multilateral ones like the 'Quad’, The Times of India reported.

US secretary of defense Lloyd J Austin told India’s defense minister Rajnath Singh, while briefing him on AUKUS in a telephonic conversation on Monday, that Washington will continue to cooperate closely with New Delhi in multilateral fora as before. “Singh, in turn, said India was studying the AUKUS agreement”.

Austin’s call comes just ahead of PM Narendra Modi’s visit to Washington for the first in-person Quad summit of the leaders of Australia, India, Japan and the US on September 24.

Singh also conveyed India’s deep concerns over the huge amounts of latest US weapons, ranging from Humvees and helicopters to drones, night-vision equipment and assault rifles, left behind in Taliban-controlled Afghanistan.

“Singh and Austin also exchanged views about combating terrorism in the region. Both sides appreciated the mutual cooperation in the recent evacuation operations in Afghanistan and agreed to remain in regular contact in view of the evolving situation,” it added.

On the Indo-Pacific, there are some concerns that AUKUS could dilute the strategic cooperation envisaged under the Quad, relegating the quadrilateral grouping to just issues like climate change, Covid-19 vaccines and the like.

Under the AUKUS, Australia will get the wherewithal to build at least eight nuclear-powered attack submarines or SSNs (different from SSBNs, which are nuclear-propelled as well as armed with nuclear-tipped ballistic missiles) to counter China’s expanding naval footprint in the Indo-Pacific.

Compared to India’s solitary SSBN INS Arihant as of now, China has at least six SSNs and an equal number of SSBNs, including the latest Jin-class submarines armed with 7,400-km range JL-2 ballistic missiles.

The US, incidentally, has over the years has refused to discuss nuclear reactor propulsion technology for submarines or aircraft carriers with India. The much-touted Indo-US Defense Technology and Trade Initiative (DTTI) for collaboration on cutting-edge military technologies has also largely failed to deliver the goods since being launched in 2012.