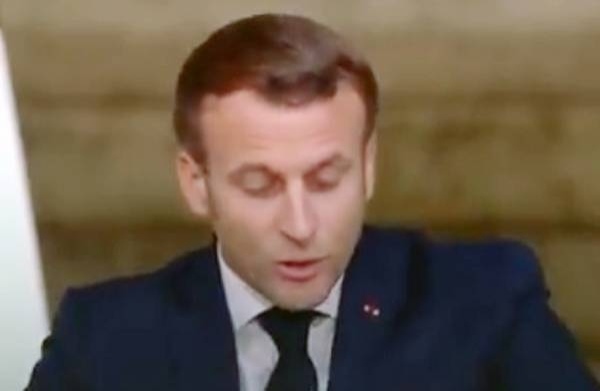 AKIPRESS.COM - France vowed on Tuesday to continue joint work with India in the Indian and Pacific oceans, as the dispute is escalating between France and the United States and Australia over the termination of the French submarines contract, Saudi Gazette reported.

In a phone call, French President Emmanuel Macron and Indian Prime Minister Narendra Modi agreed to work in a joint and comprehensive manner in the Indian and Pacific Oceans, according to a statement issued by the French Presidency.

This took place following Australia's withdrawal from the contract valued at $66 billion to purchase French submarines, as it joined an extended security coalition with the United States and United Kingdom (UK).

Meanwhile, EU High Representative Josep Borrell discussed the recent announcement of a security partnership by the US, UK and Australia, and the cancelation of the submarine contract with France, with Australian Foreign Minister Marise Payne in Brussels on Monday.

A statement by Borrell's office said he inquired about the lack of prior consultations and regretted that this partnership excludes European partners, who have a strong presence in the Pacific. Borrell informed Payne that the EU will reflect and discuss this internally, as well as with EU member states. They also discussed the strategic environment in the Indo-Pacific and the relevance of the recently adopted EU strategy for cooperation in the region.

On Sept. 16, Australia, the UK and the US announced the establishment of the trilateral partnership on security in the Indo-Pacific area known as AUKUS.

In this vein, White House Press Secretary Jen Psaki told a briefing that the Biden Administration is still working scheduling a phone call between him and French President Emmanuel Macron "in the coming days."

"And what I expect the President will do on that call is reaffirm our commitment to working with one of our oldest and closest partners on a range of challenges that the global community is facing.

"And he of course will discuss recent developments and our ongoing work together on a range of issues, certainly our shared interest in the Indo-Pacific, but also a range of global challenges and issues."

Psaki carried on saying that President Biden acknowledged that France has substantial interest in Indo-Pacific and is a key partner and ally in strengthening security and prosperity.

"But most importantly, we continue to look forward to our close alliance with France, one of our strongest partnerships as we work to address a range of issues in the world," Psaki said.