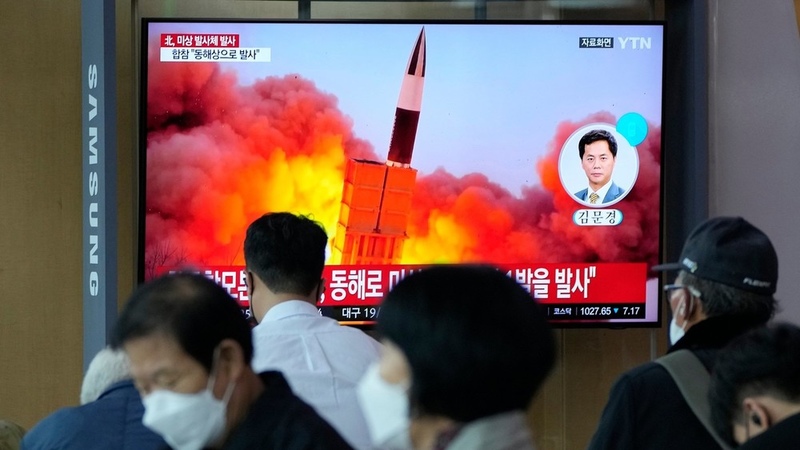 AKIPRESS.COM - North Korea has fired a projectile presumed to be a short-range missile into waters off the east coast of the Korean Peninsula, according to statements from South Korean officials -- just hours before Seoul launched a new submarine, CNN reports.

The missile was fired around 6:40 a.m. local time Tuesday, the South Korean Joint Chiefs of Staff said in a statement, adding the South Korean military is "maintaining a readiness posture" for potential "additional launches."

In a briefing Tuesday, South Korea's Defense Ministry's spokesman Boo Seung-chan said Pyongyang's test was "regrettable for happening at a time when political stability on the Korean peninsula is very critical."

The US military's Indo-Pacific Command in Hawaii said it was consulting with allies and partners about the North Korean test.

"While we have assessed that this event does not pose an immediate threat to US personnel or territory, or to our allies, the missile launch highlights the destabilizing impact of (North Korea's) illicit weapons program," the US military said.

Pyongyang is barred from testing ballistic missiles and nuclear weapons under international law. Previous such tests have been met with international opprobrium and sanctions from the United Nations Security Council.

The news of Tuesday's test came just before North Korean representative Kim Song addressed the UN General Assembly in New York, where he lamented the divide between North and South Korea, and criticized the US presence in the region.

"Inter-Korean relations have never come out of the shadow of US interference and obstruction," he said, citing Washington's close relationship with Seoul.

The missile test is North Korea's third this month.