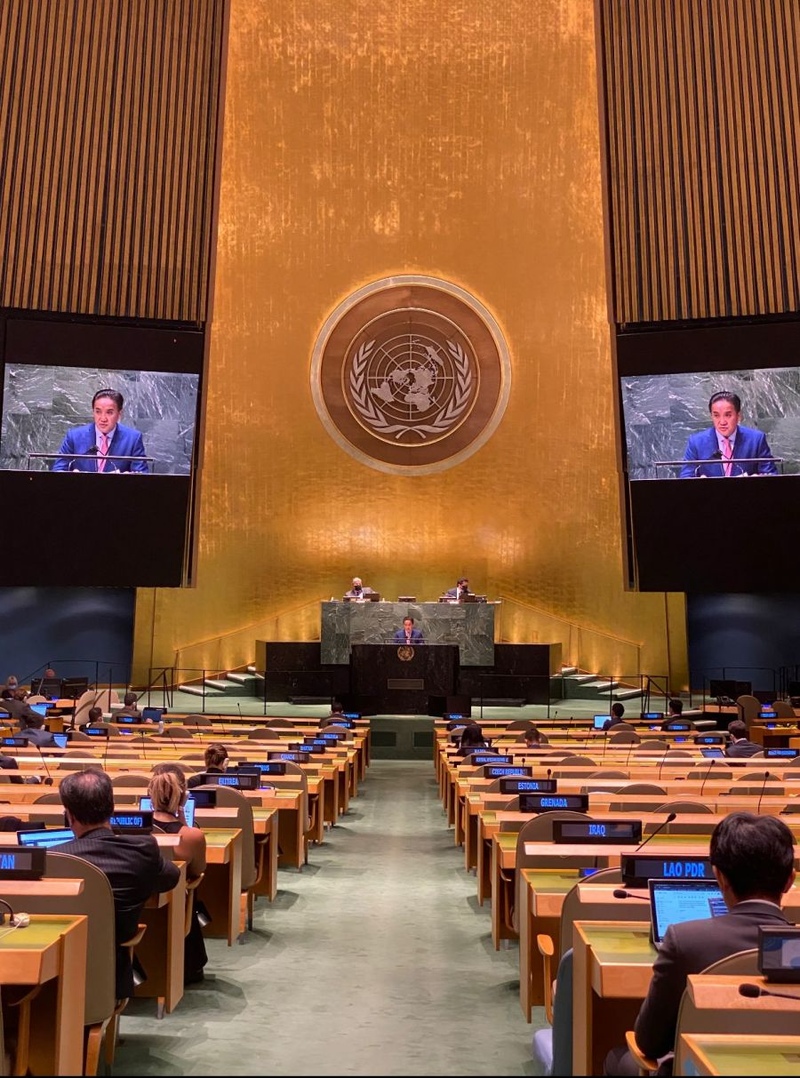 AKIPRESS.COM - V.Enkhbold, Permanent Representative of Mongolia to the United Nations, addressed the high-level plenary meeting of the General Assembly to commemorate and promote the International Day for the Total Elimination of Nuclear Weapons, on September 28, Montsame reports.

In his statement, the Permanent Representative emphasized Mongolia's continued contribution to international peace and security and reaffirmed its commitment to increase its active participation in the United Nations. Mentioning that nuclear weapons keep posing a threat to humanity, Mr. Enkhbold pointed out that the commencement of Nuclear Non-Proliferation Treaty became an important step towards achieving the goal of complete elimination of nuclear weapons.

The International Day for the Total Elimination of Nuclear Weapons was observed for the first time in September 2014.