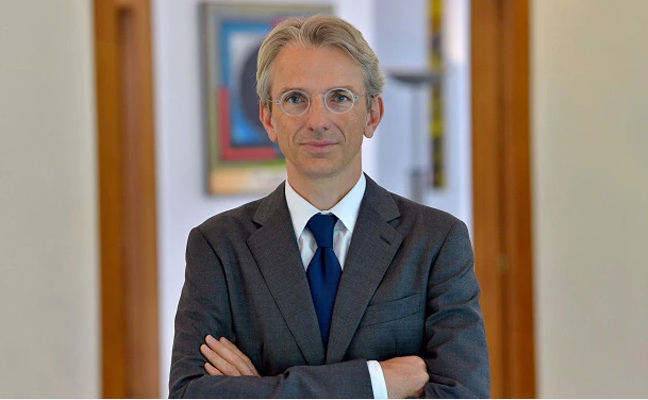 AKIPRESS.COM - Referring to the recently-inked AUKUS pact, France has said that the military confrontational bloc is not the answer to problems in the Indo-Pacific region and a much broader approach is needed, NDTV reported.

Speaking exclusively to ANI on implications of the AUKUS pact, French envoy to India Emmanuel Lenain said: "You know our approach. We don't think the logic of blocs being military confrontational is the answer to our problem. We feel that we need a much broader approach with much more partnership between countries, we need to provide an alternative to order pushed by certain countries in the region, we need a positive agenda."

AUKUS is a trilateral security agreement between Australia, the United Kingdom and the United States for the Indo-Pacific region announced on September 15 this year.

Quad group includes Australia, India, Japan and the US.

The first in-person Quad summit, hosted by US President Joe Biden, was held in Washington on September 24.

"If I look at the statements, including by the Indian officials, there is a clear difference between military alliance AUKUS and a more broader, global group of countries which is Quad. How do we interact with Quad depends on the way it is evolved. Right now, we are pretty comfortable with the way how Quad is making announcements and working, we will see they deliver on it and decided to be very pragmatic on that. We are result-oriented and it will depend. We are absolutely not against any cooperation on a case-to-case basis, as you may have seen in the month of April, the Quad navies joined French military exercise and it was quite a success."

Critics say that AUKUS has diluted the relevance of Quad. However, India has already clarified that AUKUS is a security alliance and Quad is an alliance of like-minded democracies. Ever since AUKUS was signed, there have been multiple interactions between India and France at the highest levels.

India’s External Affairs Minister S Jaishankar met his French counterpart on the sidelines of UNGA in New York Pointing at AUKUS, the envoy said there are two ways to face a challenge - either develop strategic autonomy or rely on other nations for security.

"My President, your Prime Minister spoke, ministers spoke. India is at the core of our Indo-Pacific strategy as we have the same approach. When you've challenges like these, you have two solutions. Either you develop your strategic autonomy, give yourself means to be independent or you just rely on other country to provide you security," he said.

"Obviously some countries have taken second approach. India and France, it's nothing new, are taking the first approach since the beginning. We want to get strategic space, strategic autonomy and we feel the best way to do it is to work together as we have been doing for more than fifty years now on defense, critical technology, space, cyber, on AI, energy in many areas. I mean that's the way we want to develop our cooperation and we also want to be trusted partners which we are as you know. France has been on India's side each time you needed us, whether it is 1998 nuclear tests we didn't condemn, (be it) Kargil and very recently during COVID crisis, that's how partners should be," he added.

The envoy termed the signing of AUKUS as a breach of trust between allies.

"My country was surprised. It was a breach of trust between allies and also, it's a major strategic inconsistency. When you want to face an issue, a challenge, usually you try to rally countries which are like-minded, you don't try to exclude major partners and my country within the EU is the most involved in the Pacific," he said.

"We feel we are also a country of Pacific. Also, we are India's neighbor. We have territories, we have a second exclusive economic zone worldwide. We have 2 million French people in the area. Compared to India, it's few, for France it's quite something and we have troops, we have thousands of troops, 7000 troops in the region," he added.

France recalled its envoys from the US and Australia after AUKUS was signed.

Later after discussions between Macron and Biden, it was decided that the envoy to the US will return.