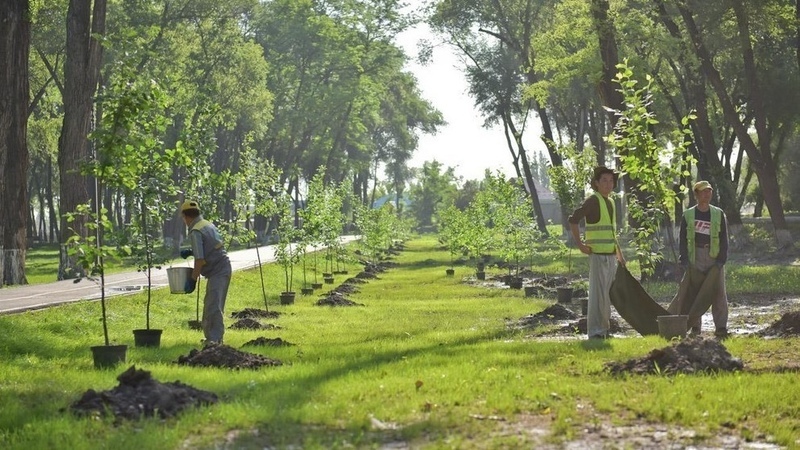 AKIPRESS.COM - President of Mongolia U.Khurelsukh has issued a decree directing the Government to develop a comprehensive national program to combat climate change and desertification, Montsame reports.

The decree was presented to the public by Chief of the Staff to the President Ya.Sodbaatar and Minister of Nature, Environment and Tourism N.Urtnasan at a press conference today.

In order to reduce global climate change and increase Mongolia's contribution and participation in achieving the Sustainable Development Goals, the direction was given to develop the national program in line with the ‘Vision 2050’ long-term development policy. The goal is to create a legal environment in which at least one percent of Mongolia's GDP to be spent annually on combating climate change and desertification, and on increasing environmentally friendly and green facilities through public and local investment. The decree also provides for re-establishment of the Forestry Agency and establishment of a forestry unit based on a public-private partnership.

The government is also instructed to correlate tree planting with the “From Welfare to Employment” policy, provide policy support to citizens and businesses, promote tree planting, create water resources for irrigation, and introduce advanced technologies to create ponds.

Minister of Nature, Environment and Tourism N.Urtnasan said, “We have set up working groups to launch a national campaign to plant one billion trees and ensure the implementation of it for 10 years. As of today, 76.9 percent of Mongolia's territory is affected by desertification. It is estimated that if the goal of the campaign is achieved, 120 million hectares of highly desertified land will be reduced by 4 percent, forest cover will be increased by 9 percent and greenhouse gas emissions will be reduced by 600,000 tons.”

The Minister also noted that after the decision to launch a national campaign to plant one billion trees, large private companies have taken the initiative to plant 20-120 million trees in 10 years, while emphasizing that the public-private partnership will be ensured within the realization of the campaign.

It is planned to plant one billion trees in three phases. The first phase or the preparatory phase will be taking place in 2021-2024, and the second or the intensification phase will be implemented in 2024-2026, while, the third or sustainable implementation phase is planned for 2027-2030.

In his statement delivered at the General Debate of the 76th Session of the United Nations General Assembly in New York on September 22, President U.Khurelsukh announced Mongolia’s launch of a campaign to plant one billion trees by 2030.