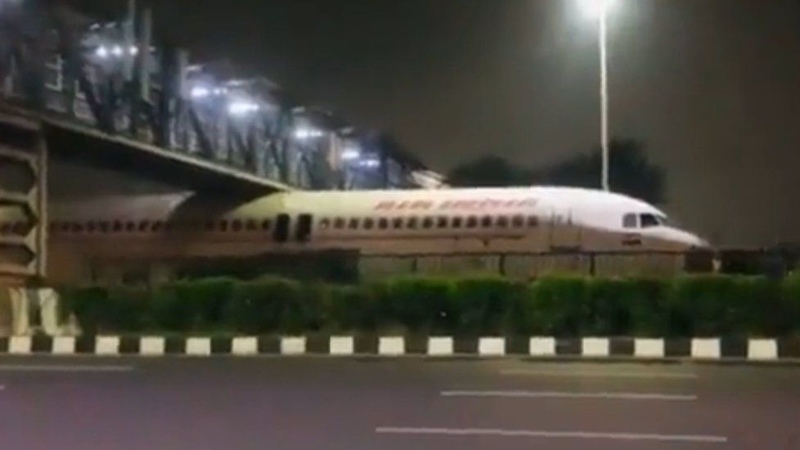 AKIPRESS.COM - A video of an Air India plane stuck underneath an over-bridge in the capital, Delhi, has gone viral.

The scrapped plane, which had reportedly been sold off, was being transported when it got stuck.

The video shows traffic passing by the plane whose wings appear to have been removed.

A journalist, who tweeted the video, shared a statement by Air India which said the airline had no connection with the plane anymore, BBC reports.

"This is a [deregistered] scrapped aircraft of Air India which has been sold off. This was transported last night by the party [new owners]. Air India has got no connection whatsoever with the aircraft under any circumstances," the statement read.

Delhi airport officials told the Times of India newspaper that the "aircraft certainly does not belong to the Delhi airport's fleet," and that the "driver may have made an error while transporting it."

The video has been watched thousands of times on Twitter and YouTube, with many asking how the plane got stuck in the first place.

#WATCH An @airindiain plane ✈️ (not in service) got stuck under foot over bridge. Can anyone confirm the date and location?
The competition starts now👇 pic.twitter.com/pukB0VmsW3