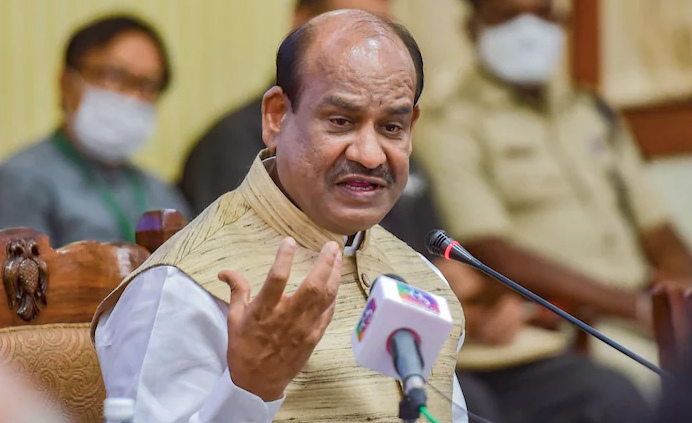 AKIPRESS.COM - Speaker of India’s Parliament Om Birla, while addressing the delegates during the second working session of the G20 Parliamentary Speakers' Summit (P20) in Rome on October 8, underlined India's centrality to global affairs and said if "India progresses, the world succeeds".

The minister said India's development policy gives equal importance to economy and ecology and noted that sustainable development is the foundation of 'Aatmanirbhar Bharat' (self-reliant India).

He said that narratives of energy security, climate protection and development can go hand in hand.

The theme of the session was 'Rebooting Economic Growth in terms of Social and Environmental Sustainability'.

The Speaker said India is working with a wider global vision to build a world order based on energy justice, climate justice and economic justice. India's objective is to act as a bridge between the global south and the global north to develop an integrated global action policy that would be the foundation of the world's future, he said.

Noting that climate change is adversely affecting the entire world, he said that the world community needs to take concrete collective action on global warming expeditiously.

The Speaker said that the Indian Parliament has held extensive discussions on this critical issue and following those deliberations and the country has passed many legislations related to the protection and conservation of the environment.

He mentioned that India has achieved the target of reducing the emission intensity of GDP by 24 per cent as compared to 2005 levels well before time.

Further, the country is on track to reduce this intensity by 35 per cent much before the stipulated time i.e. 2030.

The Speaker said India has an unequivocal commitment to ensuring climate justice and also has a multifaceted role in helping the world in dealing with climate change.

On environmental issues, India is partnering with the global north on the one hand, and on the other, it is acting as an 'advocate' of the global south, he said.

Observing that there is a robust mechanism for constructive discussion and dialogue between India's Parliament and government, Birla referred to the legislations providing social security, income security, job security and health security which have benefited the deprived and weaker sections of the society.

"The narratives of energy security, climate protection and development can go hand in hand as India's development policy is based on giving equal importance to both economy and ecology," he said.

Referring to India's achievements in environmental protection, Birla observed that India is reducing CO2 emissions, CFC and HFC emissions in line with its international obligations through schemes like Ujjawala Scheme and Smart City Mission.

Birla said India is working proactively in the field of climate change. He illustrated India's leading role in the International Solar Alliance of 98 countries and the CDRI (Coalition for Disaster Resilient Infrastructure) of 25 countries.

He also informed that the use of solar panels for meeting the country's energy needs has increased in recent years, which proves that economic growth can go hand in hand with environmental sustainability.