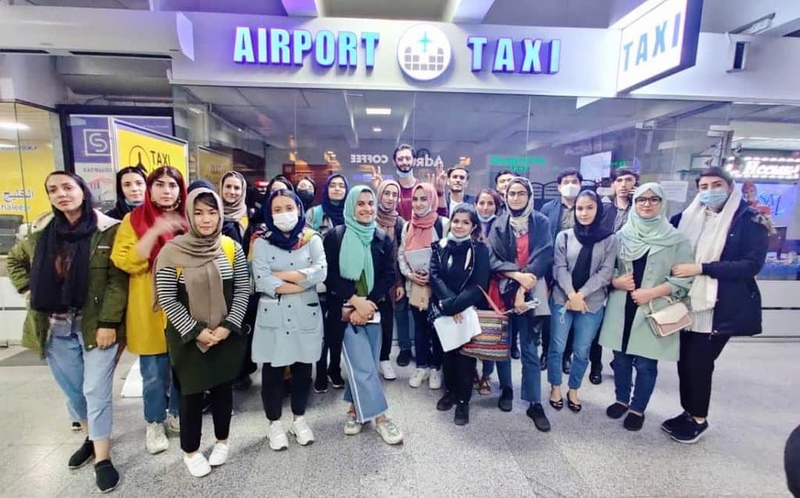 AKIPRESS.COM - Nearly 200 students from Afghanistan have been safely evacuated from Kabul under an ambitious plan led by the American University of Central Asia and the Kyrgyzstan government. About 60 percent of the students, undergraduates and graduates, are women, PassBlue reported.

“Yes, we have largely succeeded,” David Lakhdhir, chairman of the university board of trustees, wrote in an email to PassBlue on Oct. 12. “We now have almost 300 Afghan students at AUCA. About 180 of these students have been evacuated from Afghanistan over the past 30 days, first in cars and small buses overland to Islamabad, and then from there to Bishkek by plane.”

“Most of the transfers were successful, but there were setbacks,” Lakhdhir said. “Some students were beaten by the Taliban, although fortunately these were isolated cases. Several tested positive for Covid and had to be quarantined in Pakistan. All are safe now."

"What made all of this possible was the issuance, by the Kyrgyz government, of visas for all these students on compassionate grounds, and then the cooperation of the Pakistan government in issuing transit passes, as most of the students traveled through Pakistan,” wrote Lakhdhir, a London-based partner and international law expert at the firm Paul, Weiss, Rifkind, Wharton & Garrison.

With the partial reopening of the Kabul airport now, two more groups of students have been flown to Bishkek, Kyrgyzstan’s capital, avoiding the overland route. Among them are United States-supported “embassy scholars” from the American University of Afghanistan. Both are part of a group of American universities supported by the Open Society Foundations in Asia, Africa, Europe and the Middle East, in partnership with Bard College in New York State.

The evacuation of students from Kabul was planned and carried out in consultation with the US and Kyrgyz governments. It was led by a team coordinated by Jonathan Becker, interim president of the American University of Central Asia and director of the Center for Civic Engagement at Bard College. Students at the Central Asia university who qualify are eligible for a Bard College degree.