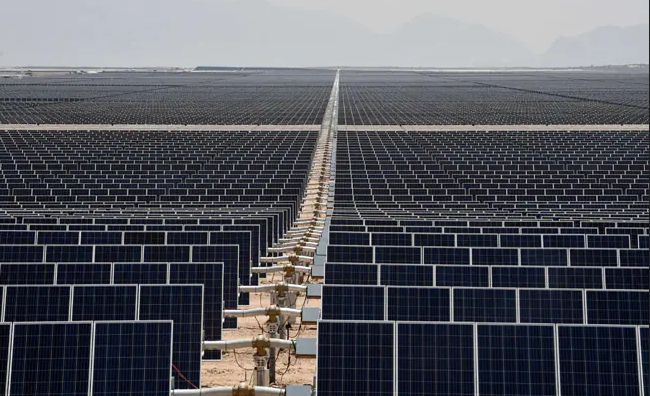 AKIPRESS.COM - The International Solar Alliance (ISA) was jointly launched by India and France in 2015 at the 21st Conference of Parties of the United Nations Framework Convention on Climate Change (COP21) held in Paris, NDTV reported.

Underlining that the International Solar Alliance will usher in a new era of "green energy diplomacy", India introduced a draft resolution in the UN General Assembly for granting Observer Status for the global initiative that would help provide for regular cooperation between ISA and the United Nations, benefiting global energy growth and development.

"It is my honour to introduce the draft resolution...for granting Observer Status for the International Solar Alliance on behalf of India and France" and about 80 co-sponsors, India's Permanent Representative to the UN, TS Tirumurti said on October 15.

"The International Solar Alliance through its efforts to bring about just and equitable energy solutions through the deployment of solar energy is expected to usher in a new era of green energy diplomacy," the Indian Ambassador said in the General Assembly as he introduced the draft resolution in the Sixth Committee of the General Assembly that deals with legal questions.

The granting of Observer Status to International Solar Alliance in the General Assembly would help provide for a regular and well-defined cooperation between the Alliance and the United Nations that would benefit global energy growth and development, he said.

He underlined that granting ISA observer status in UNGA would enable the organisation to provide targeted inputs to current and future United Nations processes, based on grass-root level experiences from its country programmes, its research and public-private cooperation activities and its global knowledge-sharing activities.

ISA is also taking a big step towards addressing some of the questions like "technological transfer", "storage of solar energy" and even financial assistance to member countries, along with project layout and project planning, he said.

As per information on the UN website, the General Assembly decided that "observer status would be confined to states and intergovernmental organisations whose activities cover matters of interest to the Assembly”.

India’s Permanent Representative to the UN stressed that the Framework Agreement of ISA explicitly designates the UN, including its organs, as strategic partners of the Alliance. "Observer status will greatly enhance the Alliance's ability to achieve its goals," he said, adding that ISA will be able to follow closely the deliberations in the General Assembly, and cooperate with the UN organs.

The International Solar Alliance was opened for signature as an international treaty-based organisation in November 2016 and the agreement entered into force on December 6, 2017.

He said the Alliance of solar-resource rich countries with its membership was open to those 121 UN member states that lie fully or partially between the Tropics of Cancer and Capricorn. This was further amended at the First Assembly of the ISA, to expand the scope of ISA membership to all UN member states.

He said the Paris Declaration on the launch of International Solar Alliance expounded the shared vision of bringing clean, affordable, and renewable energy within reach of all.

Noting that International Solar Alliance is dedicated to contributing to the successful outcome of the UN process on sustainable development and the attainment of internationally agreed development goals, the envoy added, "We seek your support for the draft resolution.”

"Since its establishment, International Solar Alliance has strived to achieve its objectives by initiating thematic programmes dedicated to the deployment of cross-cutting solar energy applications across multiple sectors including, but not limited to, agriculture, health, and electricity. ISA has played an important role internationally in supporting the implementation of United Nations Framework Conventions on Climate Change and the global climate agenda in general," he said.

India’s Permanent representative added that participation in major international meetings involving these issues is often critical for International Solar Alliance to carry out its work and mandate. In addition, ISA has wide resources and the expertise to make a significant contribution to all such meetings, dialogues and decisions, by helping to shape the global policy dialogue.