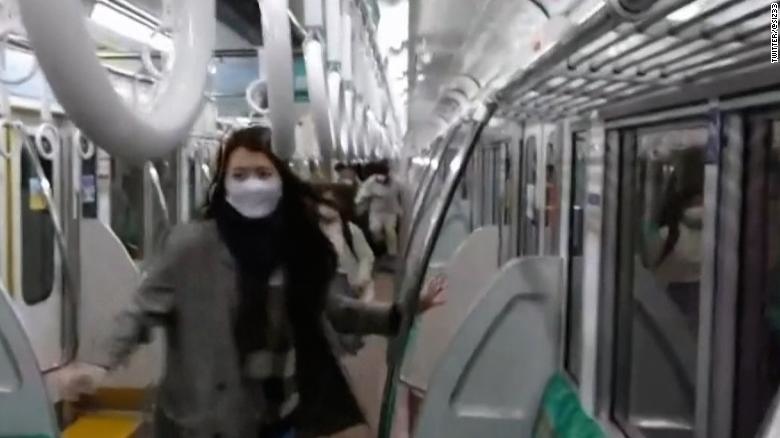 As many as 17 people were injured as they headed for Halloween parties in the city, BBC reports.

Witnesses say the suspect was wearing a green shirt and purple suit in what appeared to be a Joker costume.

He sprayed a clear liquid around the carriage and set it alight. Video footage showed passengers running through carriages away from the flames.

"I thought it was a Halloween stunt," one witness told the Yomiuri newspaper about the attack. "Then, I saw a man walking this way, slowly waving a long knife."

The attack happened at around 20:00 local time (11:00 GMT) near Kokuryo station, in the city's western suburbs. Eyewitnesses said the suspect was wearing a bright purple and green suit.

Media reports say the man was arrested by police on the spot.

According to news outlet Kyodo, he told police he adored the character Joker in the Batman comics.

The Joker is a super villain in the comics and batman's archenemy. The 2019 hit movie Joker, starring actor Joaquin Phoenix, featured a scene where he attacks several men on a train after being repeatedly harassed by them. It's a pivotal moment, marking the beginning of the character's transformation into the Joker.