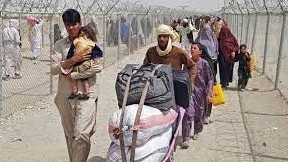 AKIPRESS.COM - Rights groups say hundreds of Afghans fled to neighboring Uzbekistan to escape the Taliban. But, without official refugee status in the Central Asian country, they are vulnerable and could face deportation, DW reported.

Representatives of the Association for Human Rights in Central Asia (AHRCA) tell DW that at least 2,000 Afghans have entered the country since the Taliban takeover. "Even if Uzbek law doesn't provide for refugee status, these Afghans are de facto refugees," says AHRCA President Nadejda Atayeva.

Overall, the Uzbek government has made its official stance on the new arrivals clear. "There are no refugees here. We never took them on," Uzbekistan's Foreign Ministry Spokesman Yusup Kabulzhanov tells DW. "Initially, when there was a stream of people, we held talks with the Taliban. The Taliban asked [the people] to return home. Everyone voluntarily left Uzbekistan," he says.

Afghan refugees in Uzbekistan have gotten caught in the middle of geopolitical equation, according to political analyst and rights activist Anvar Nazirov. "These people's lives are in danger, they are all on Taliban blacklists," Nazirov says, emphasizing that the Afghans who fled to Uzbekistan are all political refugees — including activists, journalists and artists. "Uzbekistan hasn't officially said anything about these people. As far as I understand that is because Uzbekistan is scared of angering the Taliban and doesn't want to get involved in this situation."