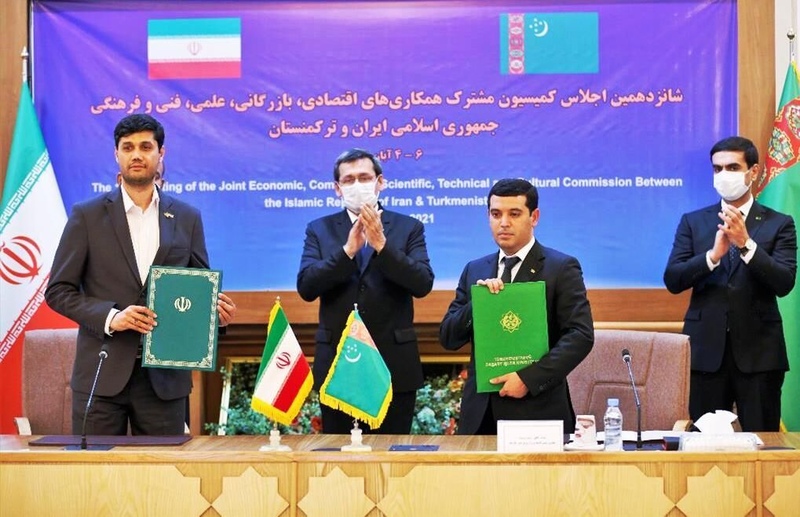 AKIPRESS.COM - The infrastructure is ready for implementing the new agreement between Iran and Turkmenistan on railroad project via Sarakhs border in northeastern Iranian province of Razavi Khorasan, a provincial official announced on Monday, IRNA reported.

Sarakhs border has the capacity to exchange 400 wagons on a daily basis, Mostafa Nasiri-Varag told IRNA.

Meanwhile, 120 freight wagons are being exchanged through the border presently, the official underlined.

On October 27, an agreement on railroad cooperation was signed between Managing Director of the Railways of the Islamic Republic of Iran Mi'ad Salehi and Director General of Railways Agency of Turkmenistan Azad Atamardovs.

The signing ceremony was held as a part of the meeting of the joint economic commission between the two countries on the same day.

According to the Railways of the Islamic Republic of Iran, expanding exports, increasing exchange of wagons, and holding bilateral meetings are mentioned it the agreement.

Sarakhs is a border city which is located 202 km northeast of Mashhad, the capital city of northeastern Iranian province of Razavi Khorasan.

Before the start of the coronavirus epidemic in December 2019, 4.5 million tons of goods was annually exchanged through the railways in the province.