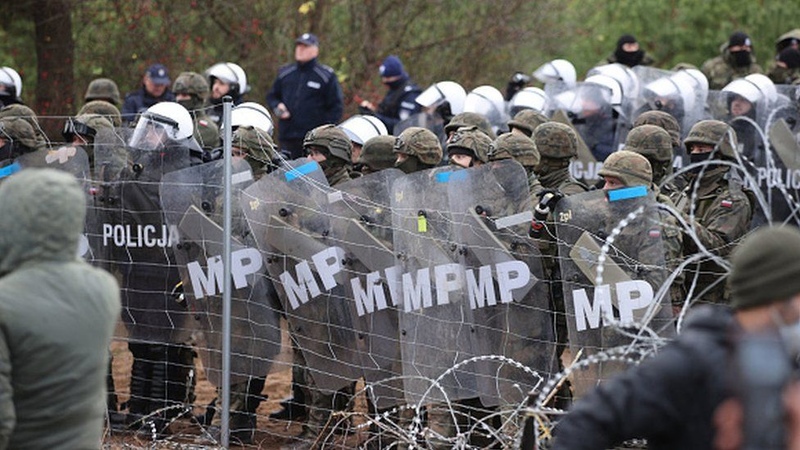 AKIPRESS.COM - Poland has warned of a possible "armed" escalation on its border with Belarus, fearing its neighbour may try to provoke an incident with hundreds of migrants seeking to cross into the EU, BBC reports.

Extra troops have been deployed after desperate crowds tried to cut a barbed-wire border fence.

Poland, the European Union and Nato say Belarus is orchestrating the problem, a claim denied by its disputed leader.

Poland says it is shutting a major border crossing at Kuznica.

EU and Nato members Poland, Lithuania and Latvia have all seen a surge in the number of people trying to enter their countries illegally from Belarus in recent months. Many of them have come from the Middle East and Asia.

Overnight temperatures at the border have slumped below zero and several migrants have already died in recent weeks. Activists say the migrants - many of them young men but also women and children - are being used as pawns in a political game between non-EU Belarus, run by authoritarian leader Alexander Lukashenko, and its neighbours.

Polish government spokesman Piotr Muller said up to 4,000 migrants had gathered near Poland's eastern border and told reporters that at some point they expected "an escalation... which will be of an armed nature".

Polish TV said many of the migrants gathering near Kuznica were accompanied by armed individuals with dogs.