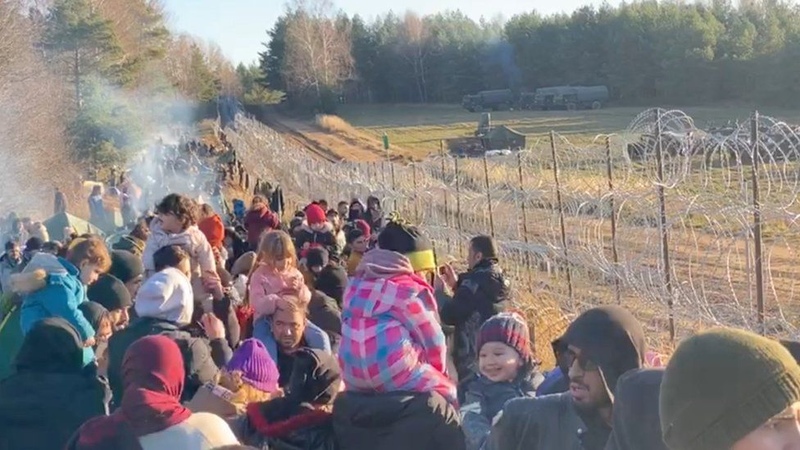 AKIPRESS.COM - Poland faced "many attempts" to breach the border with Belarus overnight but now has 15,000 troops to repel them, the defence minister has said.

Several thousand migrants have become stranded at the border, at the centre of an escalating international row, BBC reports.

For months, the EU, and now Nato and the US, have accused Belarus's authoritarian leader of provoking a renewed migrant crisis in Europe.

Ever increasing numbers have headed to Belarus's borders with the EU.

Alexander Lukashenko, who won a largely discredited election last year, denies luring would-be migrants - mostly from the Middle East - to the EU's borders in retaliation for sanctions imposed since he brutally cracked down on protesters and opponents.

The situation has come to a head this week with repeated attempts to tear down the razor-wire fence erected on Poland's eastern frontier.

"It wasn't a calm night. Indeed, there were many attempts to breach the Polish border," Defence Minister Mariusz Blaszczak told Polish radio. Police spoke of two separate incidents involving groups of about 50 people. Meanwhile, the border guard said in the past day there had been 599 attempts to cross illegally and that nine people, all from the Middle East, had been detained.

Poland and Belarus have accused each other of violence towards migrants camped near the fence. Those claims are difficult to verify as a BBC team and other journalists hves been barred from the area because of a local Polish state of emergency.

However, the defence ministry in Warsaw tweeted a video alleging that a Belarusian soldier fired a shot to intimidate the migrants camped near the fence.