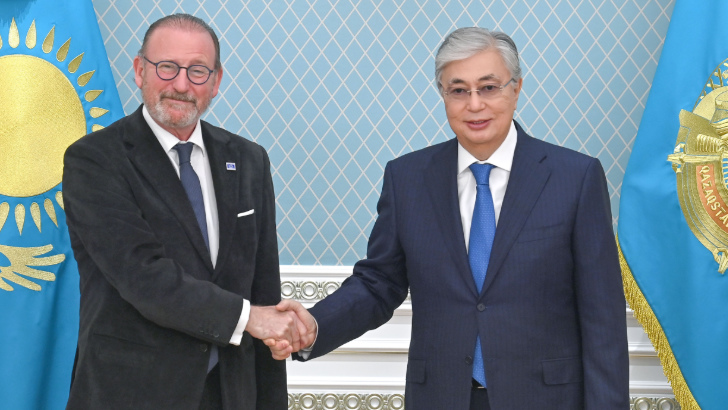 During the meeting, Kassym-Jomart Tokayev and Rik Daems discussed the prospects for the development of cooperation between Kazakhstan and the Council of Europe. They also touched upon the regional agenda, including the situation in Afghanistan.

Welcoming Rik Daems, the President stressed that his visit coincided with a significant date as Kazakhstan celebrates its 30th anniversary of Independence.

“I believe your visit is quite timely as it allows us to take stock of progress achieved and elaborate on new avenues for cooperation,” the Head of State underscored.

President Tokayev noted the importance of the comprehensive dialogue with the Parliamentary Assembly of the Council of Europe. In addition, he informed Rik Daems about the implementation of democratic reforms in Kazakhstan aimed at strengthening human rights, the rule of law and the fight against corruption.

In turn, the President of the Parliamentary Assembly of the Council of Europe welcomed the political reforms in our country, highlighting Kazakhstan’s ratification of the Second Optional Protocol to the International Covenant on Civil and Political Rights.