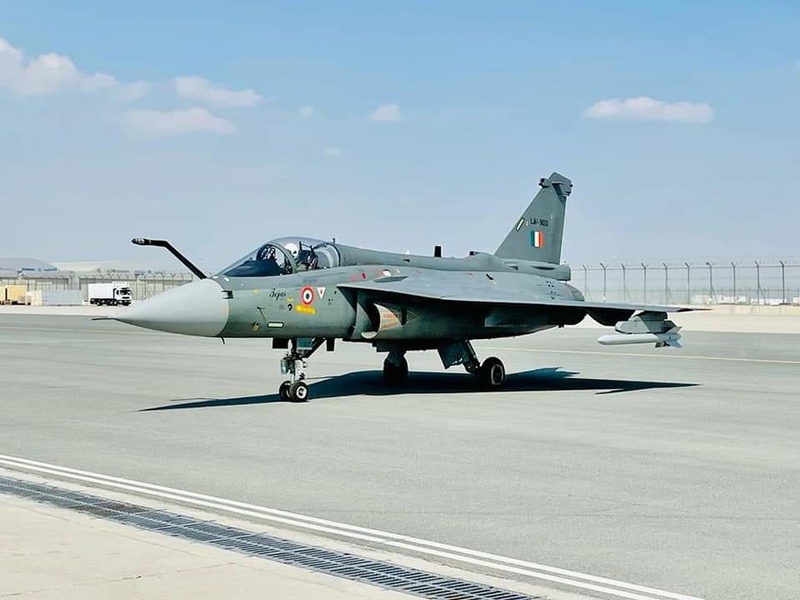 AKIPRESS.COM - The India made Tejas Light Combat Aircraft was prominent in the flying display at the recently held Dubai Airshow in November this year, as manufacturer Hindustan Aeronautics Limited (HAL) eyes first deliveries of the Mk1A variant by early 2023, and work continues on the more advanced Mk2, Shephard reported.

India is keen to promote its indigenously developed and produced Tejas single-engine Light Combat Aircraft at overseas exhibitions, and the Dubai Airshow is no exception.

An Indian Air Force (IAF)-piloted Tejas Mk1 has been a daily feature in the flying display, and three aircraft were on static display. A spokesman for manufacturer HAL told Shephard that the first of 83 Tejas Mk1A aircraft on order for the IAF should be delivered by the end of 2022, or beginning 2023 at the latest.

Meanwhile, a representative of the state-run Defence Research and Development Organisation (DRDO), one of the driving forces behind the Tejas design, mentioned the development process of a more advanced Mk2 version of the Indian fighter.

A first Tejas Mk2 flight prototype is being built, the DRDO spokesperson told Shephard, expressing confidence that the prototype will be completed in 2022, and the maiden flight of the aircraft will follow in 2023.

Indian designers plan to complete the Tejas Mk2 by 2026. The Tejas Mk2 will feature a new Uttam AESA radar (which could also be installed on the latest and upcoming production batches of the Tejas Mk1A) and a General Electric F414 INS6 engine to deliver better performance than the F404 IN20 used on the Tejas Mk1A.

Other planned improvements in the Tejas Mk2 include stealth measures to reduce the radar cross-section of the aircraft, a radiation-absorbent coating, as well as a new integrated EW system.

This is the first time that Tejas, developed by the HAL, has showcased its aerial manoeuvres in the Gulf nation, according to news agency

So far, three countries have shown interest in the HAL Tejas — Malaysia, Argentina, and Egypt. The Royal Malaysian Air Force (RMAF), which has plans to buy 18 planes, with an option to add another 18 later, could emerge as the first foreign buyer of Tejas.

The Dubai air show is a leading aerospace event in the Middle East and the growing airshow in the world.