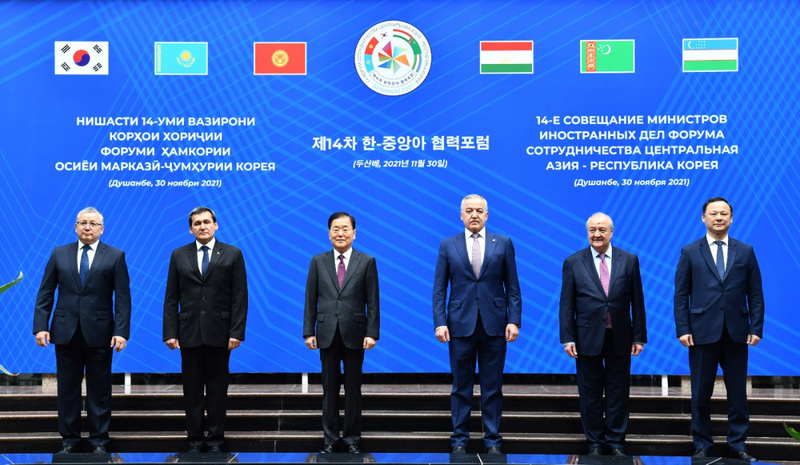 AKIPRESS.COM - The 14th Korea-Central Asia Cooperation Forum was held in Dushanbe on November 30.

The participants of the meeting agreed that Korea-Central Asia Cooperation Forum is enlarging its capacity, as well as reaching its goals year after year. The Foreign Ministers expressed satisfaction with the exchange of views that took place in the spirit of traditional friendship, openness and pragmatism.

The Forum Secretariat's Action Plan for 2022 was adopted in support of projects in six promising areas of cooperation, including transport and logistics, energy, industrial modernization and diversification, climate change and the environment, health and medicine, education, culture and tourism.

Rhee Jong Kook was approved as the Director of the Secretariat.

At the end of the meeting, the Foreign Ministers of participating states of the Forum adopted a Joint Statement, which outlined the results of fruitful consultations.

Korea has taken over chairmanship of the Cooperation Forum from Tajikistan.