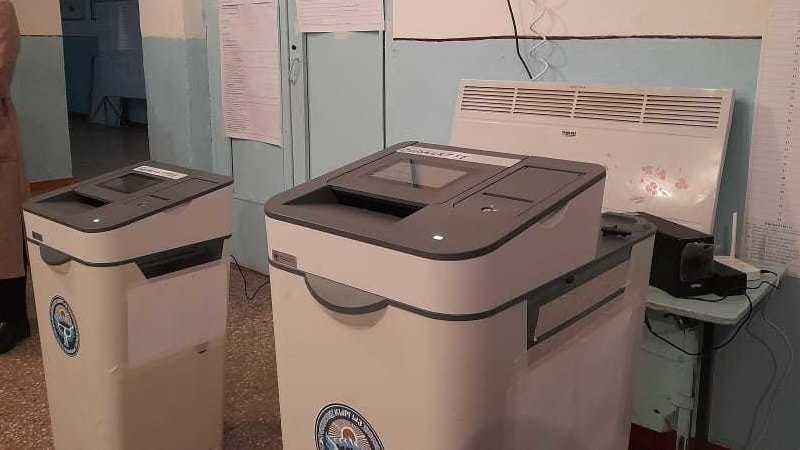 AKIPRESS.COM - The European Union has welcomed the organisation of the parliamentary elections of 28 November in the Kyrgyz Republic.

These elections were a necessary, long-delayed step on the democratic path of the country after the invalidation of the results by the authorities of the Parliamentary elections of 4 October 2020. Based on the findings by international election observers, the elections were orderly and competitive. Fundamental freedoms and transparency were generally respected, the EU said in a statement.

The European Union said it supports the preliminary findings and conclusions of the OSCE/ODIHR Election Observation Mission. It concluded that important legislative modifications, including the Constitutional changes that weakened the role of Parliament as well as extensive legislative changes prior to the elections, had a negative effect on a meaningful voter’s engagement. Despite the fact that the process was peaceful and well-organised, the OSCE/ODIHR highlights shortcomings, such as vote buying and violations of campaigning procedures. Problems were also noted during the vote count and the initial stages of tabulation.

The EU encouraged the authorities to investigate and explain the technical difficulties related to the tabulation on the Election Day and take steps to prevent them from occurring in the future.

The European Union took note of the progress in conducting this vote, compared to the October 2020 Parliamentary elections. The recommendations underlined now by the OSCE/ODIHR, as well as the ones issued previously by the OSCE/ODIHR and Council of Europe’s Venice Commission on the election legislation, should be addressed by the national authorities by further improving procedural aspects and the national legal framework on elections. The authorities should make further efforts to ensure respect for the rule of law, including all the relevant legislation, on which the conduct of free and fair elections depends.

The European Union encourages the authorities of the Kyrgyz Republic to ensure the independent functioning of the new Parliament, which is necessary to guarantee a well-functioning democracy. As a long-standing partner of the Kyrgyz Republic, the EU remains committed to supporting the new Parliament in promoting the country's social and economic development, good governance and the rule of law, the statement said.