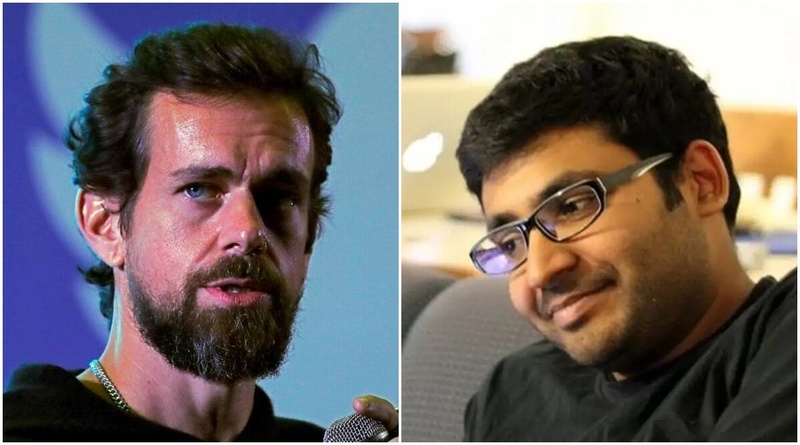 AKIPRESS.COM - Yet another major global tech company will be headed by an executive of Indian-origin American. Parag Agrawal, an IIT Bombay alumnus and chief technology officer of Twitter took over as CEO of the social media platform following the departure of its co-founder CEO Jack Dorsey, The Times of India reported.

The move is effective immediately, though Dorsey will stay on the board of the social media company until his term expires in 2022, Twitter said in a statement Monday. 37-year old Agrawal is now the youngest CEO of an S&P 500 company.

Dorsey himself confirmed the transition after hours of raging speculation that he was being ousted by the Twitter board. "I've decided to leave Twitter because I believe the company is ready to move on from its founders....The board ran a rigorous process considering all options and unanimously appointed Parag. He's been my choice for some time given how deeply he understands the company and its needs," he said in a message to Twitter staff.

"Parag has been behind every critical decision that helped turn this company around. He's curious, probing, rational, creative, demanding, self-aware, and humble. He leads with heart and soul, and is someone I learn from daily. My trust in him as our CEO is bone deep," Dorsey added.

Agrawal, who graduated from IIT Mumbai, India before earning a PhD in Computer Science from Stanford University, has worked in Microsoft, Yahoo, and AT&T labs before joining Twitter in 2011.

Dorsey heartily endorsed Agrawal in a farewell message to Twitter staff which also explained his exit. "There's a lot of talk about the importance of a company being "founder-led." Ultimately, I believe that's severely limiting and a single point of failure. I've worked hard to ensure this company can break away from its founding and founders," he explained.

"Parag started here as an engineer who cared deeply about our work and now he's our CEO (I also had a similar path...he did it better!). This alone makes me proud. I know that Parag will be able to channel this energy best because he's lived it and knows what it takes," Dorsey said.

Dorsey, 45, is also the head of payments company Square Inc. and has been taking an increasing interest in cryptocurrencies recently. Dorsey stepped down as CEO of Twitter in 2008, but returned to the company in 2015.

“The headline takeaway here is Twitter’s execution,” said Mandeep Singh, an analyst at Bloomberg Intelligence. “When you compare Twitter to all the other social media platforms, the level of engagement they had, they never were able to monetize it as well as some” other rivals. “Investors recognize having one man be the CEO of two companies wasn’t very effective in terms of execution.”

A college drop-out who co-founded Twitter in 2005, Dorsey remained controversial during his two stints as CEO, including in India where he ran into trouble during a 2018 visit when he held up a placard showing a woman holding a sign that read "Smash Brahminical Patriarchy" angering some Indian activists who accused him of inciting hatred against the community.

The social media platform attracts ire from all quarters and all comers -- from left liberals who believes it often folds to pressure from authoritarian governments and leaders and from the conservatives on the right who believe liberals have a run of the platform while they are being censored.

Speculation about Dorsey's exit or ouster had raged for months amid reports of differences with other board members. In his farewell message, Dorsey said "Parag is CEO starting today" while disclosing that he (Dorsey) was going to serve on the board through my term to help Parag and Bret (the new Board chair) with the transition."

"And after that...I'll leave the board. Why not stay or become chair? I believe it's really important to give Parag the space he needs to lead. And back to my previous point, I believe it's critical a company can stand on its own, free of its founder's influence or direction," Dorsey concluded.

New CEO Parag Agarwal in a tweet said deep gratitude for @jack and our entire team, and so much excitement for the future. Thank you all for your trust and support, he said.

All his previous assignments have been away from the prying eyes, but with his new appointment, Agrawal has gone from relative obscurity to a major public figure overnight and every move he makes now will be carefully watched.

Twitter shares jumped 3.4% at 10:50 a.m. in New York. In an unusually bubbly tech equity market, Twitter has lagged behind its peers, with its shares slumping almost 10% this year, while Meta Platforms Inc., formerly Facebook, has risen 23%.